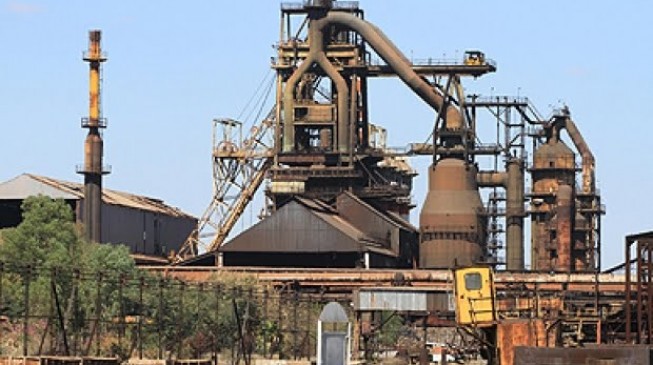 14:16 2014
Print This Article Share it With Friends
👤by News Agency  0 Comments
Advertisement

Ajaokuta Steel Company Ltd (ASCL) has signed a Memorandum of Understanding (MoU) with 3D-High Tech Systems Ltd, for the reactivation of its 110MW thermal power plant.

Signing on Friday on behalf of the company, Joseph Onobere, sole administrator of ASCL revealed that the objective of the MoU is to generate energy for the steel plant and for sale to the national grid.

Onobere said the company recently entered into similar reactivation arrangements for the Light Section Mill, the Wire Rod Mill and the Metallurgical Training Centre of the company in line with President Goodluck Jonathan’s recent inauguration of the National Industrial Revolution Plan.

NAN reports that he further commended ASCL staff for their uncommon patriotism and loyalty in defending and protecting the steel plant, while soliciting their cooperation for the success of the MoU.

“We are in this business of acquiring property from government or going into partnership with government with a view to revamping them, make our money as investors, and leaving,” Azi said.

“We intend to sell our products to power Distribution Companies (Discos). We are entering into power purchase agreement with these companies.’’

He also announced plans of the company to build 300MW plant to run side-by-side the plant in Ajaokuta, saying: “The company would go into other areas in the plant because of its huge opportunity.”

ASCL is an integrated blast furnace/basic oxygen furnace steel plant with a designed capacity of 1.3 million tonnes of cast blooms per year.  The project was executed under a contract agreement signed in 1979 with Tiajpromexport of the former USSR (now Lengipromez of Russia.

TWITTER @thecableng
Copyright 2020 TheCable. All rights reserved. This material, and other digital content on this website, may not be reproduced, published, broadcast, rewritten or redistributed in whole or in part without prior express written permission from TheCable.
Tags
3D-High Tech Systems LtdAjaokuta Steel CompanyDISCOSJoseph OnobereLengipromezPatrick AziPower Distribution CompaniesRussia
Advertisement

Not every African will get visa on arrival, says immigration boss