2019 election will be a referendum on restructuring, says Dickson 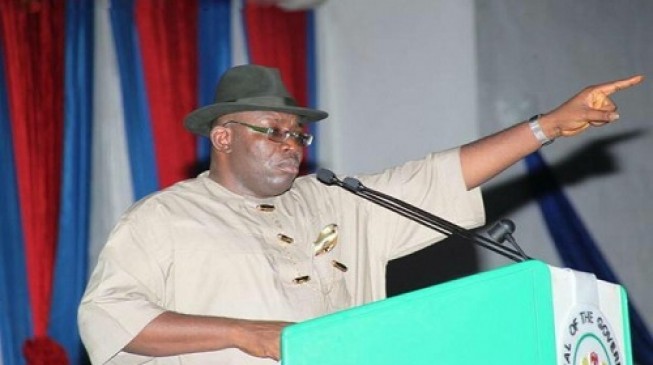 07:07 2018
Print This Article Share it With Friends
👤by Dyepkazah Shibayan  0 Comments
Advertisement

Seriake Dickson, governor of Bayelsa state, says the 2019 presidential election is going to be a referendum on restructuring.

Dickson said this on Tuesday while speaking with journalists after a four-hour meeting of Ijaw leaders which held at the country home of Edwin Clark, Ijaw national leader, at Kiagbodo, Bayelsa.

The governor said the Ijaw leaders resolved to support any candidate who genuinely committed to restructuring.

He said the Ijaw people are more affected by the current structure of the country.

“The next election is going to be a referendum on restructuring because it affects the well being and survival of our people,” Dickson said.

“We will be with candidates who are genuinely committed to this issue of restructuring.”

He called on President Muhammadu Buhari to ensure the implementation of the All Progressives Congress (APC) committee report on restructuring before 2019.

On his part, Clark said restructuring was beyond politicking.

The Ijaw leader said any presidential candidate who was opposed to restructuring would face rejection by the Ijaw people.

TWITTER @thecableng
Copyright 2020 TheCable. All rights reserved. This material, and other digital content on this website, may not be reproduced, published, broadcast, rewritten or redistributed in whole or in part without prior express written permission from TheCable.
Tags
Edwin ClarkrestructuringSeriake Dickson
Advertisement