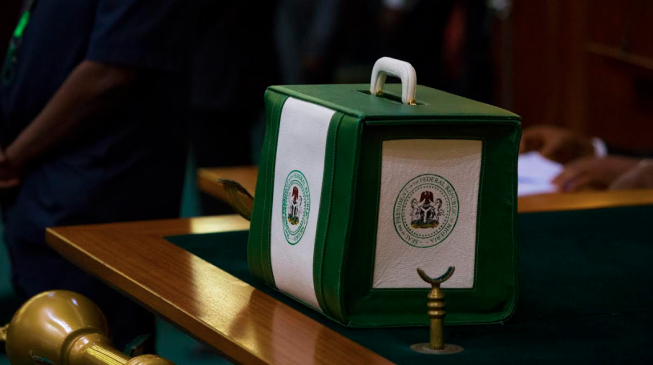 15:42 2019
Print This Article Share it With Friends
👤by TheCable  0 Comments
Advertisement

President Muhammadu Buhari says the 2020 budget is based on the new value added tax of 7.5 percent.

The federal executive council had approved the increment of VAT from 5 percent to 7.5 percent in September.

While presenting the 2020 budget to a joint session of the national assembly on Tuesday, the president said additional revenue to be generated from the higher tax rate would be deployed in the health and education sectors as well as infrastructural programmes.

He said debt servicing will gulp N2.45 trillion, out of which local debts would take N296 billion and overhead cost will be N426.6 billion.

The president also said the national assembly would spend N125 billion while the judiciary will get N110 billion.

He said Zainab Ahmed, minister of finance, would release details of the budget soon.

He appealed to the lawmakers to stop the “unnecessary practice” of budget delay, saying doing so will enable the 2020 budget come into effect by in January 2020.

He said expenditure in the 2019 budget was hindered by delay in the budget defence, adding that capital releases commenced in the third quarter.

He told the lawmakers that he had sent two petroleum industry bills to them, seeking the quick passage of the bills.

Buhari assured members of the national assembly that they would have a cordial relationship with his government.