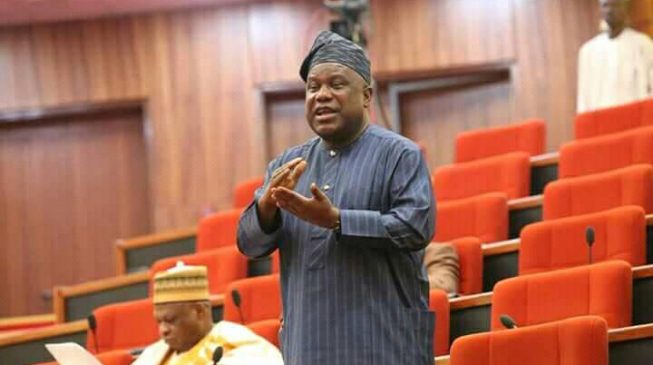 13:39 2019
Print This Article Share it With Friends
👤by Bolanle Olabimtan  0 Comments
Advertisement

Abdulfatai Buhari, senator representing Oyo north senatorial district, says the 2020 budget can only cover 500 roads out of the 3,800 identified as requiring attention across the nation.

Buhari, who is also the chairman, senate committee on land transport, said Babatunde Fashola, minister of works and housing, presented the list of 3,800 roads to his committee.

Although the ministry has the highest figure in the 2020 budget proposal with N262 billion allocated to it, the senator said it can only cover 500 roads.

Buhari said: “About five days ago, I was with Fashola and we were discussing the state of Nigerian roads.

“He brought out a list of over 3,800 roads, but the available money can only repair 500 roads and they must be spread and not put in a particular section of the country.

“The state of our roads is horrible. If you look at this year’s budget, N260billion has been budgeted for roads in Nigeria, but I must be honest with you, the roads so far are deplorable all over the country.

“From the North, West, East and South, it is horrible. But, the money is not enough to do the job that is prioritised.”

Buhari added that some roads have already been selected for repairs.

“Like the Trunk A roads in the southwest for example – the Lagos to Ibadan, Ibadan to Ogbomosho and Ogbomosho to Ilorin, those are the ones picked. The same thing with the Eastern Bypass in Owerri, South-South and other regions,” he said.

“You know in Nigeria, we prioritise and politicise everything. If you pick a particular section, other sections will not look at the benefits that will go to human beings generally and those to enjoy the use; they will say you are biased because you belong to a particular place.”

The senator also said reports on Fashola’s comments on the state of roads across the country are not be true.

TWITTER @thecableng
Copyright 2020 TheCable. All rights reserved. This material, and other digital content on this website, may not be reproduced, published, broadcast, rewritten or redistributed in whole or in part without prior express written permission from TheCable.
Tags
Abdulfatai BuhariBabatunde Fasholabad roads
Advertisement