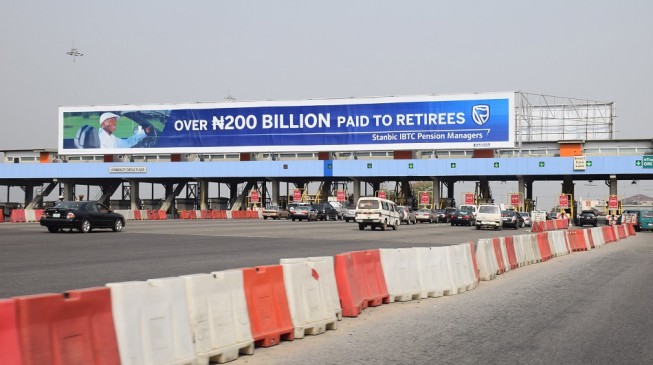 14:23 2018
Print This Article Share it With Friends
👤by Jamilah Nasir  0 Comments
Advertisement

The Human and Environmental Development Agenda (HEDA) has requested Akinwumi Ambode, governor of Lagos state, to give an update on the state’s acquisition of parts of the Lekki-Epe expressway.

Olanrewaju Suraju, chairman, HEDA resource centre, said Lagosians deserve to know why there has been delay in the acquisition of the Lekki-Epe road and the contract terms and agreement entered into by the state government and the Lekki Concession Company (LCC).

According to Suraju, the taxpayers of the state deserve more than “passing toll increment and public-private-partnership shrouded in secrecy, opacity and conjectures”.

HEDA, in a letter, said Babatunde Fashola, a former governor of the state, had written the state house of assembly proposing that the road be bought from LCC.

It said N7.5bn was later approved by the state as supplementary budget to accelerate the acquisition process.

“On August 19, 2013, the former Executive Governor of Lagos State Government, Mr. Babatunde Fashola wrote a letter of proposal to the Lagos State House of Assembly, through the Speaker requesting additional fund to buy-back the interest of LCC in the Lekki-Epe road,” the letter read.

“Paragraph 3 of the letter says, “the proposal for further amendment was predicated on the need to fund the acquisition of existing concession rights and toll revenue benefits held by the Lekki concession company (LCC).

“This will effectively accelerate the transfer of ownership of the road to the state, leaving the state with wider policy options with regards to that important road infrastructure in order to address this issues, we have proposed two-prong approach, namely re-ordering some expenditure provisions and also direct supplementation of the year 2013 Budget.

“Sometimes later, at a special plenary section, the House of Assembly approved N7.5 Billion supplementary budget to accelerate the transfer of ownership of the road to the state, really leaving the state with a wider option.”

HEDA said the plan by the LCC to increase the toll fare and the desire to leave the state with wider policy options, were among the reasons given for the proposed acquisition of the road.

It said, however, the state government has since the inception of the project “not been forthcoming in providing clear and detailed information about the project”.

It further alleged that lack of openness gives room for conjectures of misappropriation of the supplementary fund.

“One of the leading reasons as claimed by Lagos state government for deciding to buy out the private parties in the concession include the request by the Lekki-Epe concession company (LCC) to raise the tolling rate on the first toll plaza by 20% from minimum of N120 to N166 for a car and the insistence that toll must be commenced at the second toll plaza which is about 10km from the first to be able to raise fund for further construction, despite public opposition and protest against the planned increment,” the letter read.

“It is quite unfortunate that the Lagos State Government has not been forthcoming in providing clear and detailed information about the project since inception and on latest decision to increase toll on the road.

“It therefore leaves the public with conjectures and rumours of misappropriation of the approved extra-budget for the proposed buy-back.

“There exists no official information on the Lekki-Epe concession project in public domain. Both the Lagos State Government and the LCC have refused to make available such information.”

TWITTER @thecableng
Copyright 2020 TheCable. All rights reserved. This material, and other digital content on this website, may not be reproduced, published, broadcast, rewritten or redistributed in whole or in part without prior express written permission from TheCable.
Tags
AmbodeLagos. HEDALekki
Advertisement