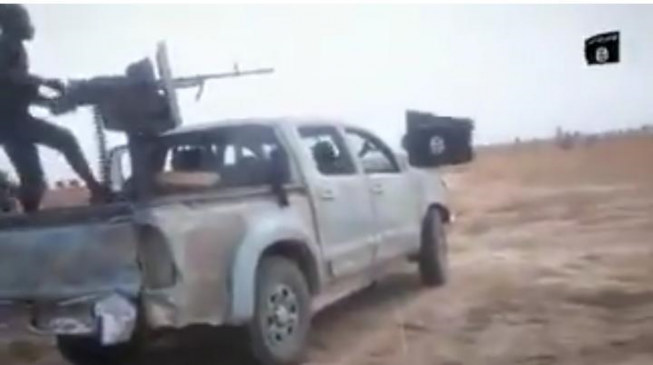 14:11 2018
Print This Article Share it With Friends
👤by Chinedu Asadu  0 Comments
Advertisement

The Nigerian army reportedly suffered casualties in an ambush by Boko Haram insurgents in Borno state on Friday.

Ahmad Salkida, a journalist known to have access to the leadership of the sect, said “many” were either killed, injured or missing in the attack.

Writing via his Twitter handle on Saturday, Salkida said the soldiers were ambushed while trying to launch an attack on the insurgents in Bulagallaye, a community in Bama local government area of Borno.

He quoted military sources as saying only three of the sixteen military vehicles were recovered as of Saturday.

“Only three out of the 16 military vehicles in the operation have been recovered today. Scores were either killed, injured or missing in the operation, in Bama local government area.”

Scores were either killed, injured or missing in the operation, in Bama local govt area. This operational setbacks looks like #BH may still have some informants that alert them ahead of planned military campaigns, said the military source who said, "this trend MUST stop."

“There was nothing like that,” he said. “No ambush on the soldiers.”

TWITTER @thecableng
Copyright 2020 TheCable. All rights reserved. This material, and other digital content on this website, may not be reproduced, published, broadcast, rewritten or redistributed in whole or in part without prior express written permission from TheCable.
Tags
Ahmad Salkidaambushboko harambornotroops
Advertisement