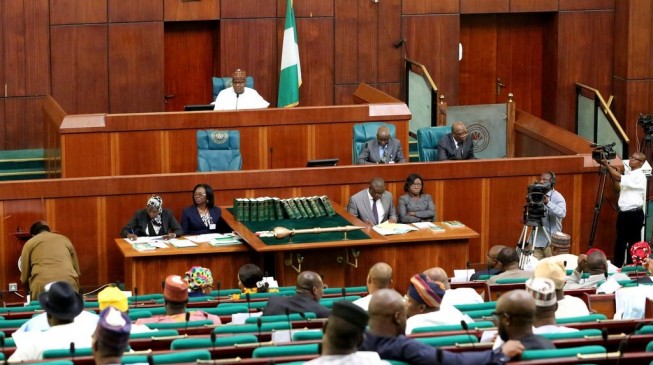 16:11 2018
Print This Article Share it With Friends
👤by Chinedu Asadu  0 Comments
Advertisement

Two bills seeking to stop the concession of Ajaokuta steel company scaled second reading at the house of representatives on Thursday.

Nkem Uzoma from Abia state and 300 other lawmakers are sponsoring each of the bills.

There has been a lingering controversy surrounding the Ajaokuta Steel Company.

They are amending the privatisation act to remove the steel plant from the list of public assets which the federal government has powers to privatise or concession.

Uzoma said deleting the plant from the privatisation act is necessary to “protect the steel comapny, a highly valued national asset.”

“It is necessary to delete it because if we let it to remain in the market, overzealous persons will sell it either by omission or commission,” Abonta said.

Also speaking, Aminu Shagari said the bill would help provide for the speedy completion of the steel company.

“The two will go hand in hand,” he said, adding: “As the representative of the people, we should say how the national assets of the Nigerian people should be handle.”

TWITTER @thecableng
Copyright 2020 TheCable. All rights reserved. This material, and other digital content on this website, may not be reproduced, published, broadcast, rewritten or redistributed in whole or in part without prior express written permission from TheCable.
Tags
Ajaokuta Steel Companyhouse of representatives
Advertisement