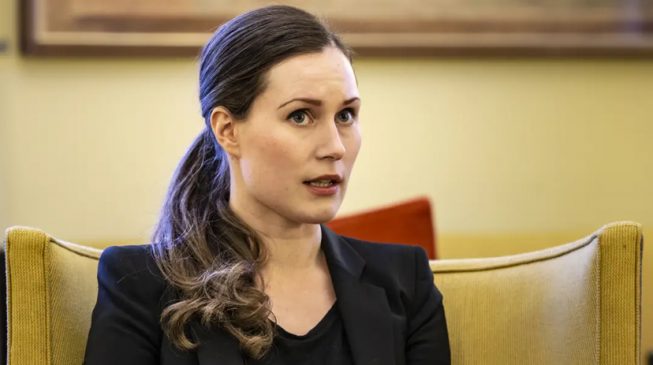 15:16 2019
Print This Article Share it With Friends
👤by Haleem Olatunji  0 Comments
Advertisement

The 34-year-old was selected for the position by the Social Democratic Party after Antti Rinne, its leader, stepped down.

Rinne resigned after six months in office when he lost the confidence of the Centre Party, a coalition member, over his handling of a postal strike.

The social democrats emerged as the party with the most seat in parliament in the election, which was held in April, so it is entitled to appoint the prime minister who leads the coalition government.

Marin, who will be sworn in this week, will lead a centre-left coalition with four other parties, all headed by women, three of whom are under 35.

When she assumes office, Marin will be the world’s youngest prime minister, followed by Oleksiy Honcharuk (35) of Ukraine, and Jacinda Ardern (39) of New Zealand.

Marin will be the third female prime minister in the Nordic country.

Also, the 34-year-old told journalists that she has never considered her age as a barrier in politics, and that her reason for joining keeps her going.

“I have never thought about my age or gender. I think of the reasons I got into politics and those things for which we have won the trust of the electorate,” she said.

TWITTER @thecableng
Copyright 2020 TheCable. All rights reserved. This material, and other digital content on this website, may not be reproduced, published, broadcast, rewritten or redistributed in whole or in part without prior express written permission from TheCable.
Tags
FinlandPrime MinisterSanna Marin
Advertisement