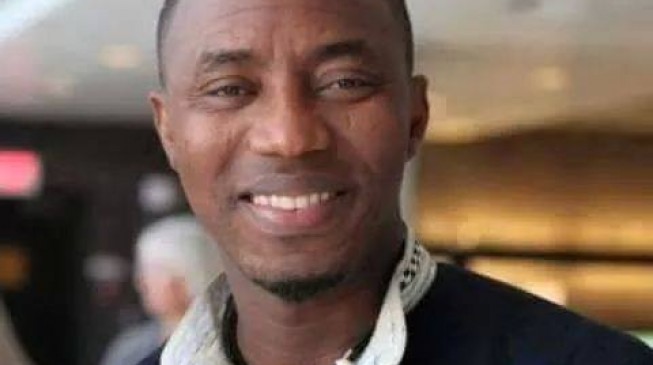 15:01 2019
Print This Article Share it With Friends
👤by Femi Owolabi  1 Comment
Advertisement

The legal team of the African Action Congress (AAC), Lagos chapter, has called on the Department of State Services (DSS) to release Omoyele Sowore.

Sowore, presidential candidate of the AAC during the 2019 general election, was arrested and has been in DSS detention since August.

Although it requested for 90 days, the federal high court in Abuja approved that the DSS could hold Sowore for 45 days after he was accused of threatening public peace with his planned #RevolutionNow protest.

In a statement on Saturday, Tope Akinyode, head of the legal team, said 45 days had already been completed and the DSS should immediately release Sowore.

“We are not aware that Sowore was remanded to prison by any Court order on 20th September, 2019. In criminal matters, pending when bail application is made on behalf of a Defendant, he may be temporarily remanded by Court,” the statement read.

“The Defendant (Sowore) was not remanded by Court order yesterday. However, the 45-day Court order upon which the DSS has continuously held on to him Sowore expires today, 21st September 2019.

“Based on the foregoing, we hereby call on the DSS to release Omoyele Sowore from their facilities with immediate effect. We submit that the DSS lacks the judicial, statutory or constitutional jurisdiction to further withhold Sowore any moment from today and it would amount to a rape on the Nigerian Constitution if the DSS refuses to release Sowore today.”

The lawyers added that the ex-parte order upon which the DSS is granted permission to withhold Sowore for 45 days negates the fundamental principle of fair hearing and the order has since been challenged before the court.

In a seven-count charge, the federal government had, on Friday, accused Sowore of causing insult on President Muhammadu Buhari.

He was also accused of money laundering and cyberstalking the president.

Human rights groups and activists have continued to call for the immediate release of Sowore.