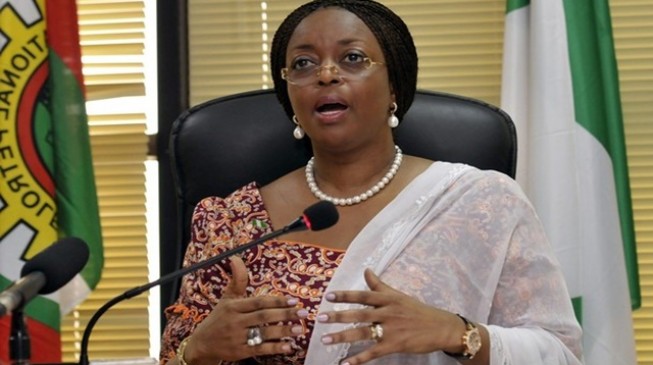 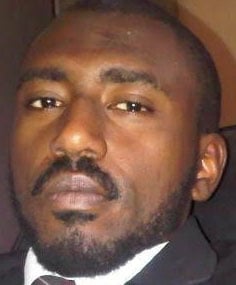 It is no longer news that President Buhari’s integrity has proven a hoax. It was never about wanting to change Nigeria for the better,it was about wanting power and its attendant benefits like those before him. Below are 5 cases we may never see in court.

Former Minister of Petroleum, Diezani Alison-Madueke is widely reputed to be the most corrupt minister ever in the history of this country.What this woman and her cronies are accused of stealing from the national coffers is enough to fund two annual budgets; perhaps that is why they are still free.

It is being whispered in some quarters that Diezani is the worst victim of an extortion racket at the highest levels of Aso Rock that exploits corrupt politicians scared of prosecution. They make cash readily available to whomever they are asked to to avoid being punished and the Buhari administration’s blatant reluctance to bring her back home is a pointer to the existence of such a dubious scheme.

First, the UK promised it was going to prosecute her then they kept mute and ever since, there has been one story every year from the EFCC. In 2017, Magu said there were ongoing plans to extradite her. He repeated the same statement a year and 2 months later in 2018 and in 2019, we saw a change in strategy; one that involved raiding one of her houses and parading $40M worth of jewelleries. I remember saying then that judging from how a whole UK was made to back off her trail, they may have gotten the woman to buy and have jewelleries planted for them to recover for the optics.

Whether or not, the story of her being a Dominican diplomat is genuine, it cannot shield her from crimes perpetrated as a minister in Nigeria. Its 2020 and Diezani is still yet to extradited to face charges and the EFCC still hasn’t gone beyond telling us ‘there are ongoing plans’. Maybe Buhari can tell us why.

A former director at the Ministry of Petroleum has been made the official scapegoat for the controversial P&ID gas contract that led to a $9bn compensation awarded against this country. People expected the EFCC to tow that path since it arrested some never-before-heard names with regard to how $16bn was spent on power under former President, Olusegun Obasanjo.

There has been no news ever since.Not on what the arrested persons said or on more people being picked up. Not the Ministers and not the big fish himself, OBJ.

President Buhari said he would limit his fight against corruption to only the Jonathan administration but in one desperate and hypocritical moment,he told youths he was addressing that ‘a former president’ claimed he spent $16bn on power. That is the humongous sum nigerians have been told countlessly was spent on power under President Obasanjo and when a massive outcry geeted Buhari’s comments, he was forced to order a probe of how that sum was spent.While it is hard to say with certainty why Buhari’s EFCC is reluctant to pursue the probe, the most likely reason would be that he is worried about the optics. Right now, he can’t win any war no matter how righteous considering the level of discontent with his administration and secondly, any effort to prosecute Obasanjo will all but turn the entire South West against him. Afenifere has already accused him of sidelining Vice-President Osinbajo only because he was bitter at the sacking of former DSS boss, Lawal Daura while he was on medical leave in London. If nigerians aren’t bothered by the fact that the Buhari administration is claiming to have spent N1.5 trn on power without a commensurate improvement in electricity supply, then they will start to ask questions then. Black and dark are not any different from each other. Is Buhari scared of probing Obasanjo? Only he can answer that.

WADUME THE KIDNAPPER HAS STILL NOT BEEN CHARGED

You ordinarily would expect the authorities to arraign this notorious kidnapper and make so much noise about it for no better reason than 3 policemen were gruesomely murdered by soldiers just to help him escape but no one could safely bet on that after learning he said he got N13M to work for Buhari in the 2019 Presidential election. The police have held him way beyond the constitutionally stipulated time and without any update to the public. Wadume’s statement to the police not only shed more light on the nefarious antics of the APC, it also gave an insight to just how much our leaders contribute to insecurity in Nigeria. Unknown gunmen were involved in a shootout with soldiers at the entrance of President Jonathan’s country home not too long ago and just a week ago,another set attacked a community in Kogi and killed 19 people. Politicians arm thugs to help them win elections at all costs and after that is done, these youths they have ’empowered’ deploy those arms to various criminal activities. No one who has been arrested is facing charges almost 6 months later-not Wadume and not the soldiers that killed policemen to effect his release. Maybe Buhari can tell us why.

AMIDST CLAIMS HE WAS KEEPING AISHA BUHARI’S MONEY, HER FORMER ADC ARRESTED FOR FRAUD HAS NOT BEEN CHARGED TO COURT

The case of CSP Sani Baba-Inna, Aisha Buhari’s aide-de-camp accused of defrauding undisclosed persons of N2.5bn in her name is a particularly interesting one. A lot of people said soon after the news spread that the money was hers and that further lent credence to the rumours about Aso Rock’s extortion scheme. The only way to disprove that was for Baba-Inna to be charged in court and a year and four months later, that has still not happened.Are they scared of what he might say?

Popular activist, Prince Deji Adeyanju narrated an encounter he had with members of Baba-Inna’s family where he was told they knew Baba-Inna had been acting as a front for her and even bought a house in Abuja for one of her daughters.Nobody wants us to hear what Baba-Inna has to say.Certainly not the Buharis.

THE JONATHANS ARE UNTOUCHABLE

Former National Security Adviser, Sambo Dasuki said every payment he made from the $2.1bn arms fund was authorized by President Goodluck Jonathan. Chief Doyin Okupe, a media aide of the former president was accused of receiving N400M and he stated in quite unequivocal terms that the payment was authorized by President Jonathan. The EFCC didn’t as much as extend an invitation to the former president talk more investigate and possibly prosecute him. Patience Jonathan came out to claim monies found in the name of her aides as hers and the EFCC in what appears a move to punish her audacity, has seized those monies along with some of her properties. How is it possible to seize properties on the basis of having being acquired by ill-gotten wealth and then refuse to charge the person to court?. Only Buhari and his EFCC can answer that.

The temerity behind Patience Jonathan claiming those monies instead of gladly allowing the scapegoats take the fall suggests above anything else that the former first lady felt whatever agreement they had with Buhari extended to their friends too. The woman oozed a strange sense of invincibility. She took the EFCC to court instead of the other way round.For a man that clearly said when he assumed office in 2015, that he was going to punish all corrupt persons, even Buhari won’t blame anyone who thinks he has a dubious agreement with the Jonathans. One that involves him getting a slice of the pie maybe.

Hassan is based in Kano

TWITTER @thecableng
Copyright 2020 TheCable. All rights reserved. This material, and other digital content on this website, may not be reproduced, published, broadcast, rewritten or redistributed in whole or in part without prior express written permission from TheCable.
Tags
Diezani Allison MaduekeMuhammadu BuhariWadume
Advertisement