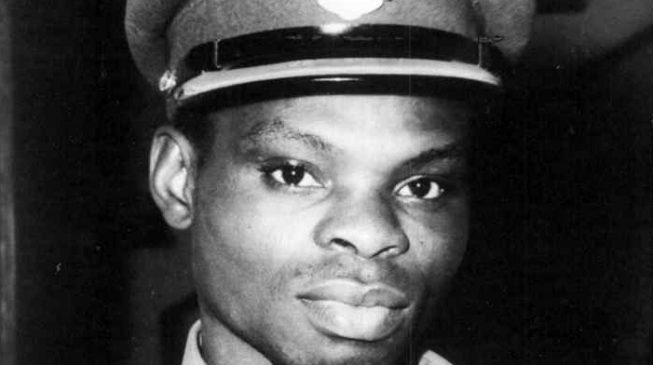 17:57 2019
Print This Article Share it With Friends
👤by Femi Owolabi  0 Comments
Advertisement

President Muhammadu Buhari has commiserated with the family of David Ejoor, a former chief of army staff, who died at the weekend.

Ejoor retired as a major-general and served as governor of the mid-western region from January 1966 to August 1967.

In 1969, he became the first commandant of the Nigerian Defence Academy (NDA), and subsequently army chief in 1971, a position he held till 1975.

In a statement signed by Femi Adesina, presidential spokesman, Buhari described Ejoor as a man of positive character.

“As the first Governor of Mid-Western Region, during one of the darkest years in the nation’s history, and first indigenous Commandant of the Nigerian Defence Academy, who also held many other national leadership positions, the President regards Gen. Ejoor, as a hardworking military officer whose loyalty, commitment and dedication to the unity of the country were never in doubt,” the statement read.

“President Buhari affirms that the former army chief, who was once the President-General of the Urhobo Progress Union, will be long remembered and honoured as a man of positive character and vision, who provided profound inspiration to countless military officers and Nigerians that came in close contact with him.

“The President prays Almighty God to repose the soul of the departed senior citizen and comfort all who mourn the much respected octogenarian.”

TWITTER @thecableng
Copyright 2020 TheCable. All rights reserved. This material, and other digital content on this website, may not be reproduced, published, broadcast, rewritten or redistributed in whole or in part without prior express written permission from TheCable.
Tags
David EjoorMuhammadu Buhari
Advertisement