Abati: Under GEJ, I was no longer a journalist 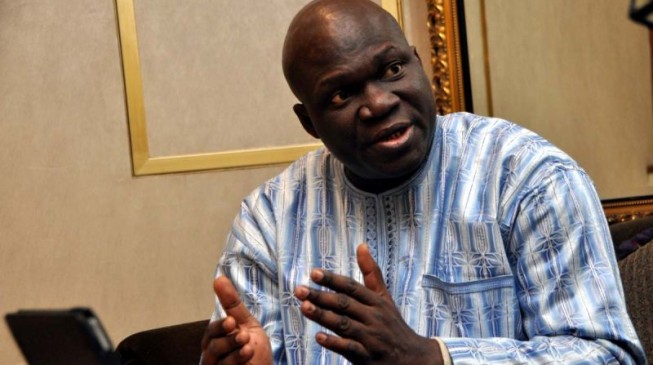 23:22 2015
Print This Article Share it With Friends
👤by News Agency  1 Comment
Advertisement

Reuben Abati, spokesman of former president, Goodluck Jonathan, on Monday expressed surprise that people still expected him to sound like a “panelist on Patito’s gang or a columnist” when he joined government.

Alongside Pat Utomi, a notable economist, Abati who also chaired the editorial board of Guardian, anchored Patito’s Gang, a television talk show that focused on societal issues.

Commenting on his role in government, Abati said the job of a spokesman is very sensitive and requires wisdom.

He was speaking during a lecture entitled: ‘Media and Economic Renaissance: Media as a tool for economic diversification’.

“Once you are in government, you are no more a journalist. It’s just like a royal court; the king does not go out, he sends someone to deliver his message to the people,” he said.

“The job of a government’s spokesman is very delicate and sensitive. A careless spokesperson can blow up a country but my colleagues still wanted me to talk as Abati, the columnist or Abati as a panelist in Patitos  Gang.

“Loquacity is not an asset when you are a government’s spokesman. It is not everything that a hunter sees in the bush that he talks about.”

This is the second time he would be making a public comment since leaving government in May.

In July, he wrote a piece entitled: ‘The Phones No longer Ring’, detailing his experience as the mouthpiece of the government between 2011 and 2015.

TWITTER @thecableng
Copyright 2020 TheCable. All rights reserved. This material, and other digital content on this website, may not be reproduced, published, broadcast, rewritten or redistributed in whole or in part without prior express written permission from TheCable.
Tags
guardianPat Utomireuben abati
Advertisement