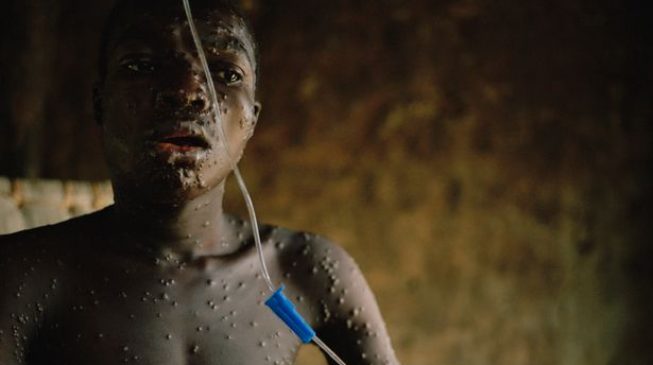 22:44 2017
Print This Article Share it With Friends
👤by News Agency  0 Comments
Advertisement

Panic-stricken parents and guardians thronged primary and secondary schools in the south-east states on Wednesday to pick-up their wards following the rumour that the Nigerian army was injecting viruses into school children.

The development was triggered by a false report published by an online medium.

The report alleged that the Nigerian army was forcefully vaccinating pupils against the monkeypox disease through its medical outreach and advised parents to immediately evacuate their children.

Bridget Eneh, headmistress of Victory Group of Schools, Abakaliki, told NAN that she was shocked to see parents throng her school to pick their wards.

“I read an online post that the army was forcefully vaccinating pupils against the Monkeypox disease, with an advice that parents should immediately evacuate their children,” she said.

“I decided to convene an emergency management meeting; but before this could be done, parents had besieged the school and forcefully left with their children.”

Uchechukwu Ojigwe, another school headmistress, told NAN that all efforts to assuage the fears of the parents fell on deaf ears.

“I tried to explain to them that some security personnel had visited our school to ensure there was no pandemonium but they would not listen to me,” she said.

“A parent even accused me of supporting the army’s plans to kill children and I find this accusation outrageous and unbelievable.”

Nachor Ukonna, a civil servant and parent, who said that he also had to take his child from the school, advised relevant authorities to expeditiously review the dissemination of information on the social media.

“This sort of information can lead to stampede in schools with calamitous consequences,’’ he said.

John Ekeh, Ebonyi commissioner for education, said the news of forceful vaccination was false and urged parents and teachers to disregard such information.

“The purveyors of such information want to truncate efforts by the government to enhance the state’s educational system and we call on the pubic to resist it,” he said.

“We have gone round the schools and discovered that the army did not visit any school to vaccinate children or conduct any other activity.”

Sagir Musa, deputy director of public relations, 82 division of the Nigerian army, in a telephone interview, told NAN that the news was false.

“I am presently at Ozubulu, Anambra, where we are conducting free medical outreach in schools but we are not vaccinating pupils,” he said.

Also commenting, Ejikeme Ebonna, a human rights activist, advised the army to re-assess its image before the Igbo public, saying that the people were currently living in fear.

“I don’t want to take chances,” she said.

The state government and the army, however, dismissed the news as efforts by rumour mongers to cause confusion and tarnish the image of the army.

Emma Nwabuko, principal secretary to the state governor, said “there is no truth in it (the rumour)” as investigations show there is no ongoing vaccination as is being claimed.

He also said: “The rumour mongers are at it again. That’s what we’re suffering in this state and what they want to achieve is to cause confusion”.

He said those spreading the false information are doing so to tarnish the image of the army.

TWITTER @thecableng
Copyright 2020 TheCable. All rights reserved. This material, and other digital content on this website, may not be reproduced, published, broadcast, rewritten or redistributed in whole or in part without prior express written permission from TheCable.
Tags
abiamonkeypoxSchools
Advertisement