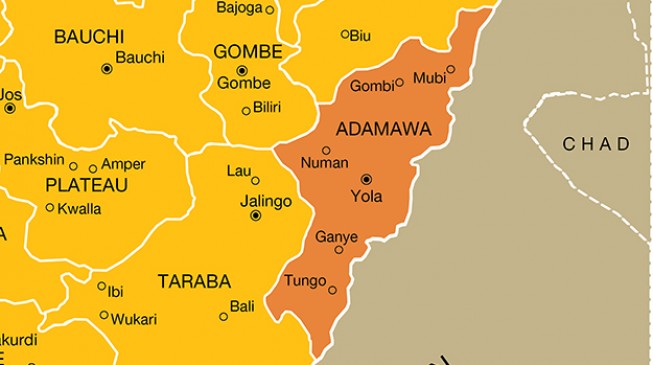 20:41 2019
Print This Article Share it With Friends
👤by Femi Owolabi  0 Comments
Advertisement

Residents of Kpasham, Bali, Lawaru and Dong  communities in Demsa local government area of  Adamawa state, are calling for help over incessant killings.

The communities have suffered attacks carried out by suspected herders and this has led to closure of schools, lack of electricity supply and decay of infrastructure.

Target Bonoda, a youth leader, made this call when Abdulaziz Nyako governorship candidate of African Democratic Congress (ADC), visited the communities over the weekend for a ward to ward campaign.

Bonoda said many lives had been lost and houses destroyed in the attacks.

Urging Nyako to come to their rescue if elected, the youth leader blamed the All Progressives Congress (APC) led government of the state for insensitivity and complicity.

He explained that the community had been neglected for the past four years of the present administration.

“Our children use to get free uniforms, text and exercise books from Nyako’s government, our youths are trained in various skills acquisitions under Local Apprentice Scheme ( LAS) and tools and money were given to them at the end of the training exercise in all the 21 local government areas of the state,” he said.

“Another program is Special Assistants Scheme (SA) where many jobless Youths were paid tokens at the end of the month to enable them go to school or trade and even use the money to farm.

“That is why we are supporting Ex- governor Nyako’s son who we believe will continue his father’s legacy, we will support him 100 percent because of what his father has done.”

Reacting, Nyako promised to bring back the lost glory if elected.  He also said he would tackle the security challenge.

TWITTER @thecableng
Copyright 2019 TheCable. All rights reserved. This material, and other digital content on this website, may not be reproduced, published, broadcast, rewritten or redistributed in whole or in part without prior express written permission from TheCable.
Tags
Abdulaziz NyakoAdamawaDemsa
Advertisement