Adeosun backtracks on ‘query’ to Magu 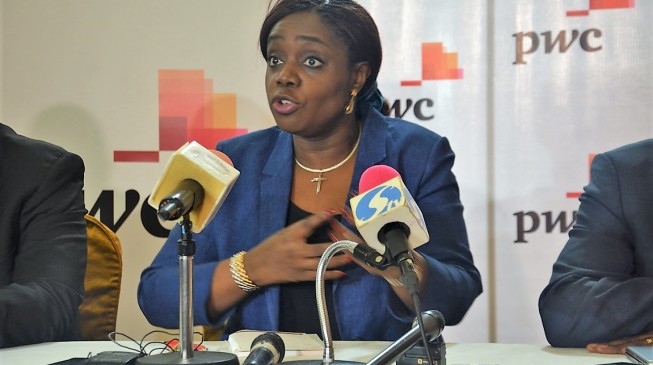 11:04 2018
Print This Article Share it With Friends
👤by Oluseyi Awojulugbe  0 Comments
Advertisement

Kemi Adeosun, minister of finance, says there is no ulterior motive behind the letter she wrote to Ibrahim Magu, acting chairman of the Economic and Financial Crimes Commission (EFCC).

She said there were conflicting figures on recovered funds.

“This is to notify you of the records of cash asset recoveries in the custody of the Economic and Financial Crimes Commission (EFCC) from May 2015 till date based on information available to the office of the Accountant General of the Federation (attached),” the letter read.

“It has, however, come to the notice of the ministry of finance, the use of recovery figures in media reports by the EFCC that do not reconcile with the records of the ministry.

“You are, therefore, kindly requested to clarify where these cash recoveries have been deposited and provide accompanying evidence.”

In a statement by Oluyinka Akintunde, the minister’s media aide, Adeosun denied reports that there is a rift between her and Magu.

“The minister wishes to state explicitly that the letter dated 9th February 2018, was a standard letter aimed at improving controls over the recovered funds,” the statement read.

“There is no ulterior motive behind the letter as alleged in some media reports but to enable the reconciliation and harmonisation of the figures on recovered funds by the government.

“For the avoidance of doubt, the EFCC has subsequently provided the requested information and reconciliation is ongoing.”

TWITTER @thecableng
Copyright 2020 TheCable. All rights reserved. This material, and other digital content on this website, may not be reproduced, published, broadcast, rewritten or redistributed in whole or in part without prior express written permission from TheCable.
Tags
Economic and Financial Crimes Commission (EFCC)Ibrahim MaguKemi AdeosunOluyinka Akintunde
Advertisement