Adoke: I’m ready to return to face prosecution and not persecution 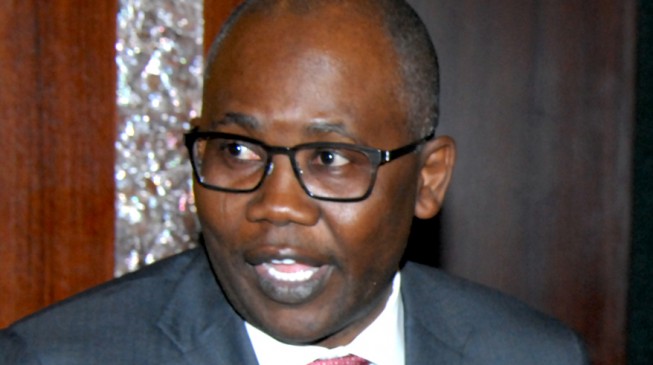 10:47 2019
Print This Article Share it With Friends
👤by Ebunoluwa Olafusi  0 Comments
Advertisement

Mohammed Adoke, former attorney general of the federation and minister of justice, says he is ready to come back to Nigeria.

In an interview with Premium Times, Adoke said he would to return to Nigeria “between July and September”.

Adoke dismissed insinuations that he left the country to avoid prosecution, saying his stay abroad has little to do with the Malabu case.

The former AGF, who left Nigeria in 2015, was accused by the Economic and Financial Crimes Commission (EFCC) of enriching himself from the $1 billion Malabu oil deal, but he denied the allegation.

A federal high court ruling in 2018 had said Adoke acted within the law and could not be held liable for obeying a presidential directive on the resolution of the OPL 245 dispute.

The court also held that Adoke acted on the orders of ex-President Goodluck Jonathan on all the settlement agreements regarding the deal.

The former AGF said after leaving Nigeria, he headed to the Hague where he undertook advanced studies in international criminal law and graduated in August 2016.

“I am not ready to submit myself to persecution,” he said.

“I would not put myself before a moving train; I needed to be heard because the modus operandi of those investigating was working to an answer, not investigative.

“I worked on some very credible intelligence at that time from people from within and outside the government. I was advised not to come back at that time.”

He said during his stay abroad, he thought of going for his Ph.D. but decided to write a memoir on his experience.

Titled “Burden of Service”, Adoke said the memoir documented his five-year tenure as attorney general of the federation, and some key political and administrative moments of the country during the period of his stewardship.

“So, I had the option to go on for my Ph.D. I had even submitted my proposal for the Ph.D. At the same time, allegations were being made against me, which I needed to clear. In the end, I opted for writing about my experience,” he said.

The former AGF also noted that his job as attorney general was a tough one.

“From my experience, if people can’t eat, it is the attorney general,” he said.

“I had a president who understood the fact that he was a constitutional president and must work within the confines of the law.

“On issues of the law, he deferred to me. If you tell the president something is illegal he would not go ahead and do it, no matter the prejudices or his preferences.”

TWITTER @thecableng
Copyright 2020 TheCable. All rights reserved. This material, and other digital content on this website, may not be reproduced, published, broadcast, rewritten or redistributed in whole or in part without prior express written permission from TheCable.
Tags
1 billionEFCCMalabu oil dealMohammed Adoke
Advertisement