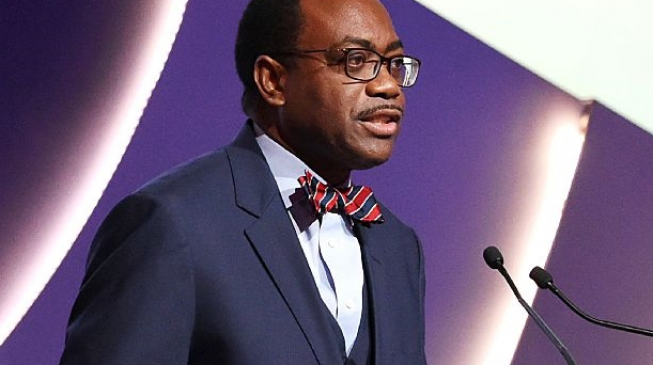 18:06 2017
Print This Article Share it With Friends
👤by Oluseyi Awojulugbe  0 Comments
Advertisement

The African Development Bank has launched the presidential youth advisory group (PYAG) to provide insights and solutions for job creation for youths in Africa.

The advisory group was inaugurated on Monday on the sidelines of the 6th EU-Africa Business Forum in Abidjan.

In an interview with CNBC Africa on Tuesday, Akin Adesina, president of the bank, said it was a way to listen to youths while creating solutions to unemployment in the continent.

“The target of is to help African countries create 25 million jobs in the next 10 years and impact on 50 million young people but what better way to launch that than to have the voices of young people themselves.

“So I set up this presidential youth advisory council made up of highly talented young Africans to advise me as president of the bank and to advise the bank as we roll out our activities because we often do stuff for young people but we are not very good at listening to them.

“It worries me a lot and one of the reasons why it worries me is that you have a lot of young people in rural areas, massive amount of unemployment.”

“If we do not act very fast on the issue of youth unemployment, we are going to have socio, economic and political fragility all across African countries.

“Mere looking at the level of poverty among the young people, it’s crushing. You’ve got 66 million Africans within the ages of 14 and 24 that are poor, earning less than two dollars that can’t buy you a hamburger.

“It may not hit you until you say that figure is eight times the size of Switzerland, six times the size of Belgium, same size as England, France and Italy, 80 percent of Germany just imagine that filled with young people with no jobs. That is the kind of problem we have.

“I do not believe that the future of Africa’s youth lies in Europe but I also don’t believe that it lies at the bottom of the Mediterranean sea. We’ve got to make Africa work.”

TWITTER @thecableng
Copyright 2020 TheCable. All rights reserved. This material, and other digital content on this website, may not be reproduced, published, broadcast, rewritten or redistributed in whole or in part without prior express written permission from TheCable.
Tags
african development bankAkin Adesinangozi okonjo-iwealaPresidential Advisory GroupUzodinma Iweala
Advertisement