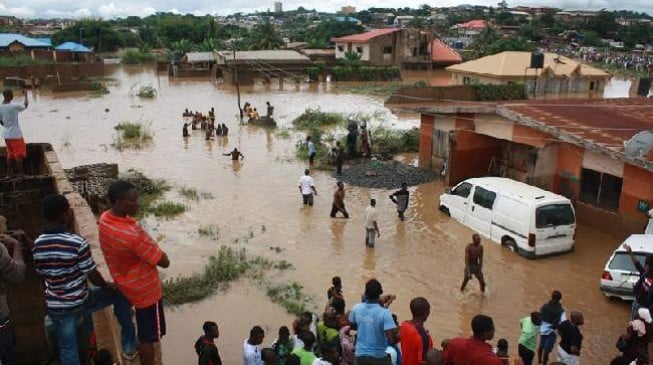 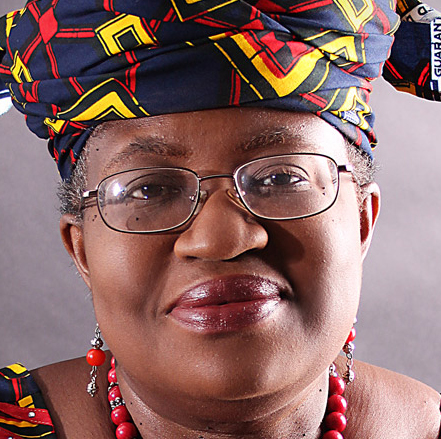 When life is already a struggle, a sudden disaster can have devastating effects. Families and communities can be driven in a downward spiral in which it will be their perhaps impossible to escape.

Often, it is not because of storms, droughts and floods that millions of people in Africa and many other regions live in poverty. But these events can be the final blow that ends the possibilities that these families to improve their lives.
Millions of small impacts

This is why the negotiations taking place in Paris should not only focus on the huge global challenge of climate change, and the collective need to take bold action to reduce carbon emissions. They must also focus on the millions of small impacts due to climate change – and climate extremes resulting already – that affect the life chances of families across Africa and the developing countries.

Extreme weather events cause of course damage wherever they occur. But for the developing regions and the most vulnerable families, they can be the difference between hope and despair.

After all, farmers who practice subsistence agriculture have neither insurance nor savings allowing them to rebuild their lives. Likewise, national governments, regardless of their willingness to help, do not always have the resources or equipment necessary to provide support.

Humanitarian organizations and the international community continue to work to respond to natural disasters. But humanitarian aid rarely meets all the needs, and the ad hoc nature of the intervention inevitably leads to delays. Despite all their efforts, assessing needs, launching an international appeal and fundraising can take months, delaying emergency relief to those who need it most.

Such delays can be, and are, as we have seen, a fatal blow to families and communities already very fragile. Thousands of people may be forced to leave their home, never to return. Those that remain are sometimes forced to sell or slaughter cattle ensuring their livelihood.

The result is that extreme weather events are much more than cause enormous suffering and individual upheaval. They emphasize, extend poverty and can even erase the entire decade of progress in development.

Therefore, as part of action against climate change requires not only bold collective action to slow and reduce carbon emissions, but also effective systems focused on the protection of communities to natural disasters.

Empowering African countries
The good news is that programs like this already exist. Worldwide, we have witnessed the creation and development of innovative programs that improve the resilience of countries and communities on the front line in the battle against climate change.

For example, the African Risk Capacity (ARC), a pan-African mutual risk management, and the Caribbean Catastrophe Risk Insurance Facility (CCRIF, the insurance mechanism against the risk of natural disasters in the Caribbean) are solutions comprehensive, integrated and practical to meet this challenge. Both instruments have been developed at local level to enable countries to better share and manage risk, but also to better exploit international expertise and existing financial resources.

The heart of the CRA is an insurance mechanism against climate risks implemented under the aegis of the African Union with the active participation of global reinsurance markets. He enjoys the active support of international partners such as Germany and the UK, which give it interest-free loans.

The members pay annual insurance premiums, the amount of which depends on their size and risk analysis of occurrence and impact of floods, storms and droughts in their territory. This participation allows countries immediate access to relief funds, the amounts are much higher than the premiums paid when the trigger levels indicate the occurrence of a climate catastrophe.

But the CRA is more than a regional variant of a traditional insurance mechanism. A sophisticated model, developed from satellite data, allows to accurately estimate the occurrence of extreme weather events and their impact on communities.

The model is already helping to predict where the storms, floods and droughts associated with El Niño – whose effects are particularly severe this year – could have the most impact in East Africa. This early warning system not only allows the authorities to be alerted more quickly in case of potential crisis, but also the financial compensation to be paid immediately after the trigger level is achieved.

There is much more likely that the aid reaches those who need it quickly to the extent that the member countries of the CRA should establish effective emergency planning systems. Empowering African countries, the CRA reduces the time, for faster and more effective results.
Feed and food commodities

Even more encouraging, the CRA has already had impressive results. This year, even before a call for international assistance be launched to help countries hit by the rainfall deficit, mutual CRA paid 26 million US dollars (24.2 million euros) in Senegal , Mauritania and Niger.

These funds were used to buy fodder and basic food for 1.3 million of the most drought-affected communities, as indicated in the computer model of the CRA. This has helped families already struggling to stay on their land while offering them sufficient room to recover.

These successes and the fact that studies have shown that every dollar paid to CRA saves more than 4 dollars in international aid, why such initiatives play a key international role to increase the resilience of countries and communities to climate change. The G7 is committed to support the expansion of this mechanism to allow additional 400 million people in low income countries means to obtain protection against the weather events of 2020.

But to achieve this ambition, it is necessary that other countries join us, and other development partners support the participation of the poorest countries and those who suffer the greatest climate risks. We can not prevent bad weather, but together we can protect vulnerable populations and provide them with the tools they need to rebuild their lives in their community.

Okonjo-Iweala, Nigeria’s former minister of finance who now heads the board of the African Risk Capacity (ARC), a pan-African mutual risk management, wrote this piece for French newspaper, Le Monde

TWITTER @thecableng
Copyright 2020 TheCable. All rights reserved. This material, and other digital content on this website, may not be reproduced, published, broadcast, rewritten or redistributed in whole or in part without prior express written permission from TheCable.
Tags
Africansngozi okonjo-iweala
Advertisement