After losing the election and court case, what next for Bauchi governor? 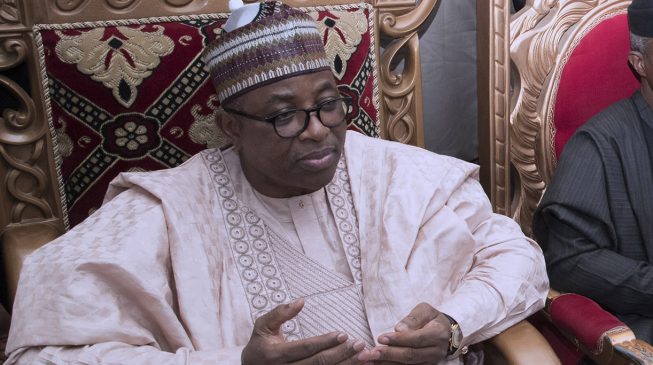 12:56 2019
Print This Article Share it With Friends
👤by Chinedu Asadu  0 Comments
Advertisement

Mohammed Abubakar, governor of Bauchi state, has suffered three defeats within two weeks — with probably another one looming.

The governor, who is seeking reelection under the All Progressives Congress (APC), was first defeated during the March 9 governorship poll. He garnered 465,453 votes to come second to the Peoples Democratic Party’s (PDP) Bala Mohammed who got 469,512 votes.

He then got a temporary reload when a federal high court in Abuja granted his request, suspending the collation of the remaining results of the election until the determination of a suit he filed. But for how long?

The Independent National Electoral Commission (INEC) continued with the supplementary election in the state and  Abubakar was again defeated. The PDP candidate polled 6,376 votes to leave the governor following closely with 5,117 votes.

Back to the court case, at its sitting on Monday, the federal high court struck out the governor’s application seeking to stop the collation of the remaining result — in Tafawa Balewa LGA.

Although the result of the remaining LGA has not been announced, there is a slim chance Abubakar is going to survive the process.

Tafawa Balewa has a total of 22,759 registered voters, according to figures released by INEC and the sum of the votes in the two elections show he is losing with a margin of 5,318. Will the governor escape by the skin of his teeth or is disaster looming?

TWITTER @thecableng
Copyright 2020 TheCable. All rights reserved. This material, and other digital content on this website, may not be reproduced, published, broadcast, rewritten or redistributed in whole or in part without prior express written permission from TheCable.
Tags
Bauchi governorINECMohammed Abubakar
Advertisement