Agbaje: Removing trucks from Lagos highways because of Buhari is wickedness 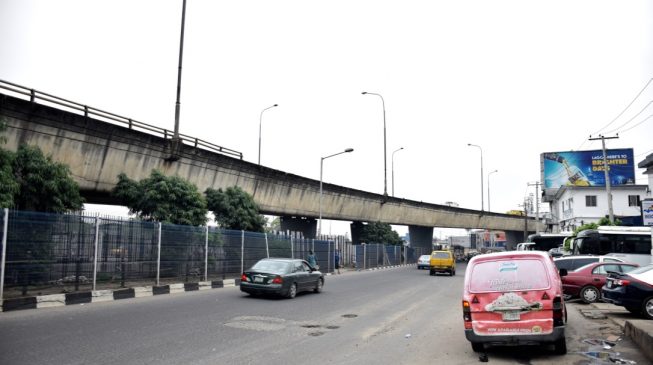 09:57 2019
Print This Article Share it With Friends
👤by Taiwo Adebulu  1 Comment
Advertisement

Jimi Agbaje, governorship candidate of the Peoples Democratic Party (PDP) in Lagos state, says removing heavy-duty vehicles from highways due to President Muhammadu Buhari’s visit to the state is hypocritical and wicked.

Trucks, which had littered major roads in the state and hindered free flow of traffic, were evacuated few hours to Buhari’s visit for his reelection campaign.

Speaking at a town hall meeting in the state on Friday, Agbaje said the government knew the solution to the incessant traffic jam on major highways but had decided to punish residents of the state.

He said refusing to take the appropriate steps before the president’s visit shows that the state and federal government do not care about the welfare of the people.

He promised to improve the traffic situation in the state if elected as governor.

“Have you noticed that there is no traffic jam in Apapa today?” he asked.

“It means that these people are wicked. It means that they are hypocrites. They have refused to clear this traffic all this time, even when they knew they had the solution. So because President Muhammadu Buhari is coming tomorrow, they have cleared the traffic. So when he leaves, they will punish us again.

“We are saying that the traffic situation in Apapa becomes a priority. I am an Apapa person. I stay in Apapa. I work in Apapa. As Governor, I will ensure that this punishment will stop.”

TWITTER @thecableng
Copyright 2019 TheCable. All rights reserved. This material, and other digital content on this website, may not be reproduced, published, broadcast, rewritten or redistributed in whole or in part without prior express written permission from TheCable.
Tags
APC rallyjimi agbajelagosMuhammadu BuhariPDPtraffic
Advertisement