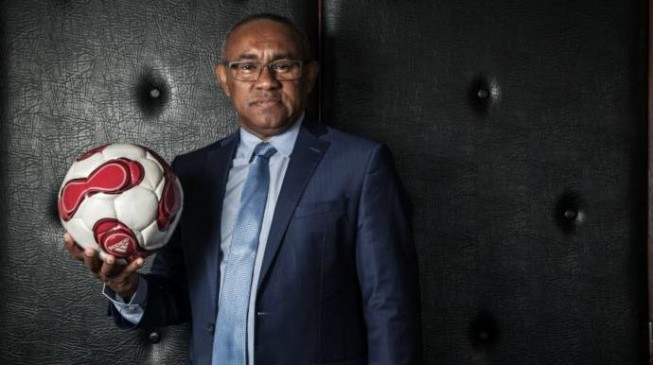 11:51 2017
Print This Article Share it With Friends
👤by Remi Sulola  0 Comments
Advertisement

Ahmad Ahmad, Madagascar Football Association president, who intends to challenge Issa Hayatou for the Confederation of African Football(CAF) presidency, is in Abuja.

Ahmad is scheduled to meet with the senate president, Bukola Saraki, as well as the sports minister, Solomon Dalung.

The Madagascar FA president aims to stop Hayatou from securing a record eight tenure in office.

Hayatou has been CAF president since 1988.

Pinnick noted that the election will be “a defining moment for African football” and that Ahmad was “courageous” in coming forward to challenge Hayatou.

Shortly thereafter, Dalung urged Pinnick to vote in the interest of Nigeria during the election.

The much-anticipated CAF election takes place in Ethiopia on March 16.

TWITTER @thecableng
Copyright 2020 TheCable. All rights reserved. This material, and other digital content on this website, may not be reproduced, published, broadcast, rewritten or redistributed in whole or in part without prior express written permission from TheCable.
Tags
Ahmad AhmadCAFCameroonIssa HayatouMadagascarNFFnigeriaOlusola SarakiSolomon Dalungsport
Advertisement