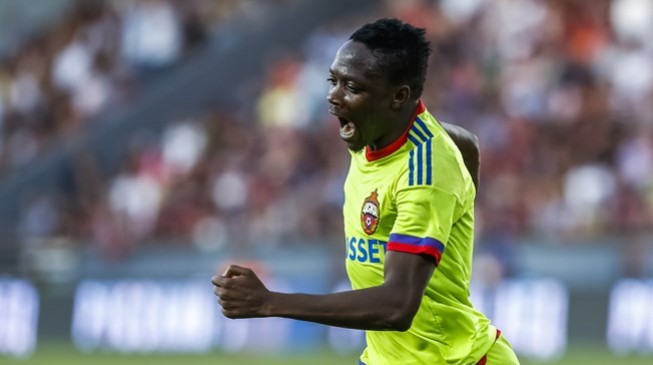 23:49 2015
Print This Article Share it With Friends
👤by Victor Akhidenor  0 Comments
Advertisement

The victory is a timely morale-booster ahead of their UEFA Champions League play-off first leg clash against Sporting Lisbon on Tuesday.

Sergei Ignashevich put CSKA into the lead on the half-hour mark with a header after Spartak goalkeeper Artem Rebrov could only parry a Pontus Wernbloom shot.

Musa added the second just four minutes later when he beat Rebrov from just inside the area.

Spartak pulled a goal back in the 36th minute when Dmitry Kombarov scored a penalty after Bebars Natcho fouled Ivelin Popov.

“We’ve notched five wins in a row and won the derby, I’m happy with that. But we have no time to celebrate as we have to meet Sporting on Tuesday.”

Musa has now scored four goals for CSKA in all competitions this season.

TWITTER @thecableng
Copyright 2019 TheCable. All rights reserved. This material, and other digital content on this website, may not be reproduced, published, broadcast, rewritten or redistributed in whole or in part without prior express written permission from TheCable.
Tags
AHMED MUSACSKA MoscowSpartak Moscow
Advertisement