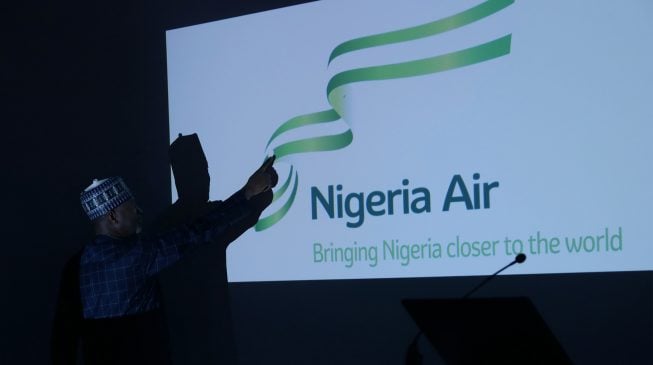 19:06 2018
Print This Article Share it With Friends
👤by Ebunoluwa Olafusi  0 Comments
Advertisement

The Airline Operators of Nigeria (AON) has commended the federal government for taking the step to suspend the national carrier project.

On Wednesday, Hadi Sirika, minister of state for aviation, announced that the federal government had decided to suspend the national carrier project indefinitely.

In a statement on Thursday, Nogie Meggisson, chairman of AON, said the move was in response to the operators  consistent calls for a rethink on the project given “the tough economic situation in the country”.

He said it would not make economic sense for any administration to invest about $3 billion in an airline project “that is not sustainable”.

“We thank President Muhammadu Buhari and the Federal Executive Council for listening to our many calls for the suspension of the idea,” he said.

“In our opinion, we believe the process was neither transparent, nor did it clearly define the role of private investors in the entire process.

“At this time of our national limited resources and struggle to recover from recession, AON will like to state that there are private Nigerian airline investors ready to invest.

“They are already investing heavily in the sector and only asking for a more friendly operational environment and infrastructure support.

“Is it wise and our priority as a nation to take three billion dollars from the Nigerian coffers today and put into a venture that will for sure go down the drain within a maximum of five years to establish a ‘National Carrier’?

“This is bearing also in mind that the National Carrier will need an additional cash injection of 500 million dollars subsidy per year on average for the next 10 years to keep the airline afloat.”

The AON chairman said the national carrier was an idea “driven by pride”, because most airlines earlier owned by governments had been privatised.

He said: “Just about 10 days ago, on September 12, there was a clear indication of what obtains in the true world.

“Boeing financed a private Nigerian airline, Air Peace, for purchase of 10 Boeing 737-8MAX airplanes in a deal valued at 1.5 billion dollars; this is much more than the Nigeria National Carrier and a clear indication of the future and where the world is today.

“Nigeria is a natural Hub for Africa. However, airlines don’t make a hub; but it is a world-class infrastructure that makes a hub. Then, the airlines and airplanes will come in.

“AON believes government should focus on governing and let the businessmen do the business.”

TWITTER @thecableng
Copyright 2020 TheCable. All rights reserved. This material, and other digital content on this website, may not be reproduced, published, broadcast, rewritten or redistributed in whole or in part without prior express written permission from TheCable.
Tags
Airline Operators of NigeriaNigeria AirNogie Meggisson
Advertisement

Banks to increase deposits with CBN as MPC raises CRR to 27.5%