Airport closure: Helicopter service ‘now available’ from Kaduna to Abuja – but for N50k 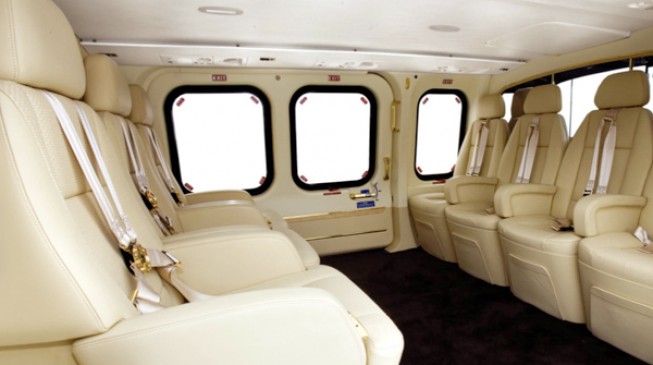 13:49 2017
Print This Article Share it With Friends
👤by Oluseyi Awojulugbe  0 Comments
Advertisement

Helicopter services are now available for passengers who do not wish to travel from Kaduna to Abuja by road, after the closure of the Nnamdi Azikwe International airport in Abuja.

The federal government had earlier announced the closure of the Abuja airport, with plans to redirect flights to Kaduna airport, for a period of six weeks, to allow repair works on the runway.

The move has raised many security concerns for travellers, who prefer swift landing in Abuja, and would love to avoid the two-hour journey from Kaduna to Abuja.

For these travellers, some aviation agencies are swift to the rescue. The companies have begun advertising various options for travellers.

One of such seen by TheCable offers a 45-minute trip for passengers via the AgustaWestland AW139 and Sikorsky 92 helicopters at N49,999.

The offer, which was made by Maple Aviation Logistics Limited, offers to pick passengers at the Kaduna International airport and drop them off at the national stadium in Abuja.

Some international airlines like Lufthansa have ruled out the option of flying to the Kaduna airport.

Rotimi Amaechi, minister of transportation, said that the runway had exceeded its lifespan, explaining that it was built to last 20 years but has been in use for 34 years.

Amaechi added that, the government would not change its mind about closing the airport, but would ensure that the airport is opened after the stipulated six weeks.

Bukola Saraki, senate president, has also said that no provision was made for the repair works in the 2016 and 2017 budget, adding that non-completion of the Minna airport remodeling project made the Kaduna airport the back-up.

TWITTER @thecableng
Copyright 2020 TheCable. All rights reserved. This material, and other digital content on this website, may not be reproduced, published, broadcast, rewritten or redistributed in whole or in part without prior express written permission from TheCable.
Tags
Kaduna AirportNnamdi Azikwe International Airportrotimi amaechi
Advertisement