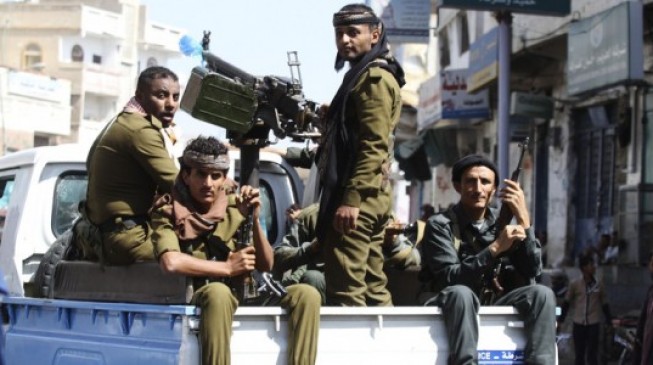 12:46 2015
Print This Article Share it With Friends
👤by News Agency  0 Comments
Advertisement

The al-Qaeda branch in Syria has freed 16 Lebanese soldiers who were abducted in August 2014, in a swap deal, a Lebanese security source close to the negotiations said.

“The soldiers have been set free in a swap deal during which the Lebanese government handed over 13 prisoners, including five women, who have links with al-Nusra in return for the release of the 16 soldiers,” the source said.

The soldiers were taken captive in 2014 during fighting between militants from al-Qaeda affiliate al-Nusra Front and Islamic State in the eastern Lebanese town of Arsal, located on the border with Syria.

The servicemen were released near the Lebanese-Syrian border.

A Qatari negotiator was involved in securing the swap deal – the Lebanese source said – adding that nine soldiers believed to be held by Islamic State were not included in the exchange.

Some 15 trucks loaded with food supplies entered the outskirts of Arsal, where al-Nusra has bases, as part of the agreement.

Negotiations to free the Lebanese soldiers suffered a setback on Sunday when al-Nusra escalated its demands.

Before the exchange took place, the body of Lebanese soldier Mohammed Hammiyeh had been handed over marking the first phase of the deal.

Hammiyeh, a Shiite Muslim, was among four soldiers executed in captivity.

TWITTER @thecableng
Copyright 2020 TheCable. All rights reserved. This material, and other digital content on this website, may not be reproduced, published, broadcast, rewritten or redistributed in whole or in part without prior express written permission from TheCable.
Tags
Al QaedaLebanonMohammed Hammiyeh
Advertisement