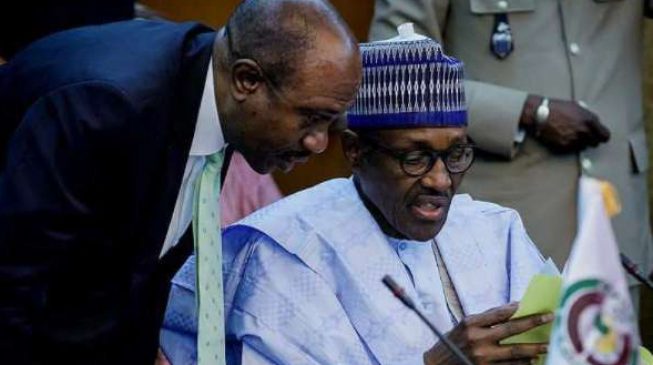 09:21 2019
Print This Article Share it With Friends
👤by Malik Abdulganiy  1 Comment
Advertisement

Nigeria’s foreign commercial assets are at risk as a British company moves to enforce a $9bn arbitration award against the country over a breach of contract, TheCable can report.

Process and Industrial Developments Limited (P&ID), an engineering and project management company, is expected to get a final order from English courts on February 15, 2019 to enforce the arbitration tribunal award against the government of Nigeria.

P&ID has also filed action to enforce the judgment in the US and there is potential the company may seek similar orders in other countries.

The arbitration award is roughly 11 percent of Nigeria’s entire foreign reserves which currently stand at $43.2bn.

Comparatively, the $9bn award is half of Nigeria’s earning from crude oil exports in the whole of 2018.

What was the contract?

P&ID, founded by Irishmen Michael Quinn and Brendan Cahill — with over 30 years of experience in engineering projects in Nigeria — had entered into a 20-year gas and supply processing agreement (GSPA) with the federal government in 2010 to build a state-of-the-art gas processing facility.

Based on the agreement, government was to supply 150 million standard cubic feet (scf) of the gas per day to P&ID — rising to 400 million scf in the life of the project. The gas was otherwise being flared by the oil-producing companies.

The GSPA also required the government to build a gas supply pipeline to the P&ID facility.

P&ID said after spending several years preparing for the project, the project collapsed because the Nigerian government did not build a pipeline or secure a supply of gas as stipulated in the agreement.

With the ensuing crisis unresolved even after proposing an amendment to the agreement, P&ID commenced arbitration against Nigeria in August 2012 in London, UK.

In May 2015, while the arbitration was still ongoing, P&ID agreed to settle the dispute upon payment of $850 million by the government, according to documents seen by TheCable.

However, President Goodluck Jonathan, who was about to leave office having been defeated in the presidential election, provoked by P&ID’s offer, countered, but indicated they would hand over the negotiations to the incoming administration of President Muhammadu Buhari.

Two days after Buhari was sworn in, the liability hearing took place in London and the dispute was resolved in favour of P&ID in July 2015. The Buhari Administration declined to proceed with any settlement or acknowledge the proposal by the Jonathan Administration or P&ID’s previous offer.

Nigeria then asked the English Commercial Court, in December 2015, to set aside the award completely, but in January 2017, the tribunal finally ordered the government of Nigeria to pay P&ID $6.6 billion in damages and $2.3 billion in interest.

What did Nigeria do?

Nigeria, failing to have mounted a strong legal challenge and to acknowledge the urgency and seriousness of the matter, lost the case in arbitration and was ordered by the tribunal to pay damages to P&ID. P&ID subsequently moved forward with enforcement proceedings in the US and UK.

In the U.S., Nigeria filed a motion to dismiss the enforcement, citing the Foreign Sovereign Immunity Act. However, the US court’s ruling ordered the proceedings to move forward for confirmation of the award and will hear the arguments on jurisdiction and merit later this year.

In the U.K., further complicating matters is the issue of an alleged mix-up at the ministry of justice in Abuja which led to shoddy representation at the UK courts, with the country missing the deadline for filing its acknowledgement of service and failing to file any substantive evidence.

This led to another order by the UK court against Nigeria, requiring the country to pay P&ID’s costs for the hearing as the judge expressed displeasure at Nigeria’s conduct during the proceedings, according to court documents obtained by TheCable.

On February 15, a day prior to Nigeria’s presidential election, the London court is expected to make a final decision to give P&ID the go-ahead to enforce the tribunal award.

This will allow P&ID to seize Nigeria’s commercial assets in the UK, including the country’s bank accounts, in order to implement the tribunal award — in the event the government does not pay the judgment debt.

TheCable understands that P&ID is willing to enter a negotiated compensation with the federal government but there is yet no offer from Nigeria.

When reached for comment by TheCable, Brendan Cahill, co-founder of P&ID, indicated his disappointment in the project’s failure.

“P&ID was eager to deliver this promising project in the hope of bringing electricity to millions and helping Nigeria reach its full potential. Unfortunately, the government did not uphold its side of the contract, so the project failed. Having been unable to find a willing partner in government to resolve the matter forced us to seek remediation for the repudiation of our contract, which has resulted in an arbitration award against Nigeria,” he said.