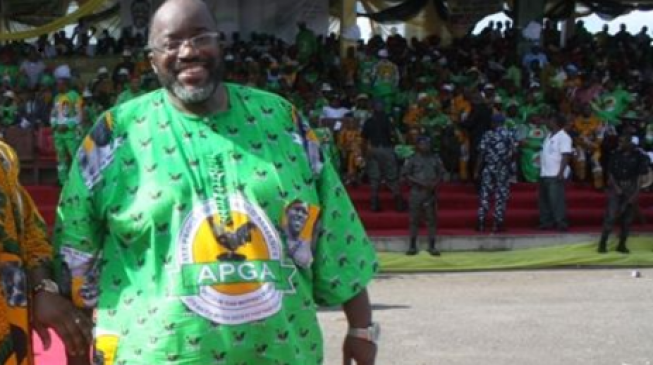 19:06 2017
Print This Article Share it With Friends
👤by News Agency  0 Comments
Advertisement

Ojukwu made his declaration on Wednesday in Awka at a rally for Tony Nwoye, the APC candidate for the November 18 Anambra governorship election.

Ojukwu said his decision to join the party was to protect the interest of the Igbos, adding that it was time for the people of the south-east region to move from “the recession of the periphery to the centre”.

He said: “It is time to leave the shadows for light. Every now and then, they come out with my father’s shadow to confuse the people.”

He further said APGA is a means to an end, and not an end itself.

Ojukwu said the reason his father joined the National Party of Nigeria in the second republic was to ensure that Igbo people remained in the mainstream of Nigerian politics.

“Mr President, I am proud to stand here today in support of you and in solidarity with the APC and our candidate, Tony Nwoye,” he said.

TWITTER @thecableng
Copyright 2020 TheCable. All rights reserved. This material, and other digital content on this website, may not be reproduced, published, broadcast, rewritten or redistributed in whole or in part without prior express written permission from TheCable.
Tags
Anambra gov pollAPCapgaEmeka Ojukwu
Advertisement