Anambra poll: I will win without thugs or bribes, says Chidoka 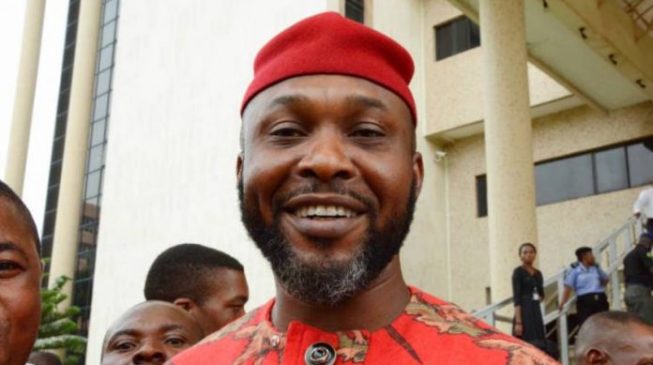 16:02 2017
Print This Article Share it With Friends
👤by Chinedu Asadu  0 Comments
Advertisement

Osita Chidoka, governorship candidate of United Progressives Party (UPP) in Anambra, says he is confident of winning the November 18 governorship election in the state.

In a statement on Thursday, Chidoka said with the strong messages in his campaigns, Anambra citizens spoke with one voice in support of the UPP “and we do not take that for granted”.

While thanking his supporters for taking his campaign to the grassroots, Chidoka said the UPP used over 45,000 grassroots canvassers and 4,000 hi-tech personnel to reach out to all voters in the state.

He said as a result of this, he is sure of winning without giving bribes nor use of thugs.

“Through the campaign, we have been encouraged by our people, the generality of ndi Anambra spoke with one voice in support of the UPP and we do not take that for granted,” the statement read.

“To their credit, we have run a robust campaign; we have the highest demography of supporters and volunteers across the nooks and crannies of Anambra state.

“We have campaigned vigorously; we have worked hard, we have shown that we can run a campaign without looting a state treasury. We have shown that you can campaign success without the police and the Army supporting you, and without a godfather.

“We stand firm in our declaration that only God the Father will determine the result of this election.”

Chidoka urged those campaigning against the election to change their tactics and use their votes to bring about the change they desire.

Reiterating the UPP’s commitment to a peaceful election on Saturday, Chidoka said the party will remain peaceful, adding that: “We will not be agitated, we will refuse to be dragged into violence because we know who we are and where we are going.”

“We will not have thugs in our polling units; we will not bribe any agency of government. We will believe in God and we will trust in our people.

“As we go to the poll on Saturday, we want to sound it loud and clear that any attempt by anybody whatsoever to subvert the will of ndi Anambra will be met with stiff resistance.

“Nobody can intimidate us; we will make sure that our voters vote, that the votes are protected, that the votes count and that the result reflects only the will of Anambra people. God being by our side, we are already victorious.”

TWITTER @thecableng
Copyright 2020 TheCable. All rights reserved. This material, and other digital content on this website, may not be reproduced, published, broadcast, rewritten or redistributed in whole or in part without prior express written permission from TheCable.
Tags
Anambra gov pollosita chidokaUPP
Advertisement