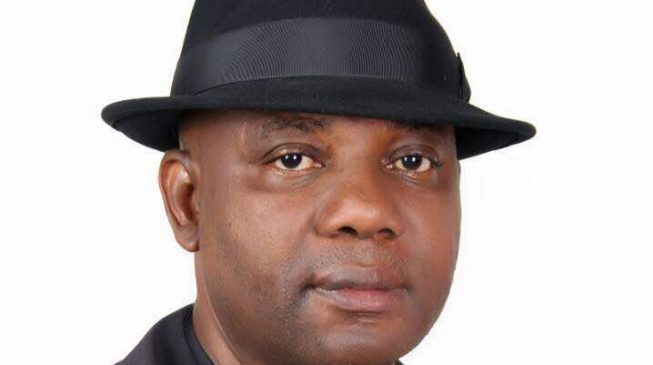 09:48 2018
Print This Article Share it With Friends
👤by Dyepkazah Shibayan  0 Comments
Advertisement

The All Progressives Congress (APC) says the Peoples Democratic Party (PDP) has already conceded defeat before 2019.

The ruling party said this in response to PDP’s comment on its adoption of direct primary in picking candidates for elective positions in the next general election.

The PDP had accused the APC of plotting to use direct primary to rig in President Muhammadu Buhari as the party’s presidential candidate.

But in a statement, Yekini Nabena, acting spokesman of APC, alleged that the PDP is known for its inability to ensure internal democracy and imposition of candidates against the will of its members.

“APC is amused by the interest the PDP has in the mode of election the APC chooses to adopt for primaries to elect party candidates for the 2019 elections,” the statement read.

“With over 13 million registered APC members coupled with a large section of nonpartisan Nigerian electorate supporting the President Muhammadu Buhari-led APC administration, it would seem that the PDP on account of its attack of APC’s adoption of direct primaries particularly to elect its presidential candidate, has already conceded defeat even before the 2019 elections.

“We quite understand that the revolutionary and progressive idea of Direct primaries to elect party candidates is strange to the PDP — a party known for its inability to ensure internal party democracy and actively promotes imposition of candidates against the will of its members.

“Direct primaries among others ensure fairness; creates a level playing ground for contestants; eliminates corrupt tendencies usually associated with the delegates system and ultimately ensure full and direct participation of party members at all levels in the election of party candidates.

“The APC is a progressive party and will continue to implement the change agenda promised to Nigerians. We urge Nigerians to continue their support as the president continues to rebuild and reposition the country.”

TWITTER @thecableng
Copyright 2019 TheCable. All rights reserved. This material, and other digital content on this website, may not be reproduced, published, broadcast, rewritten or redistributed in whole or in part without prior express written permission from TheCable.
Tags
2019 pollsAPCDirect primary electionPDP
Advertisement