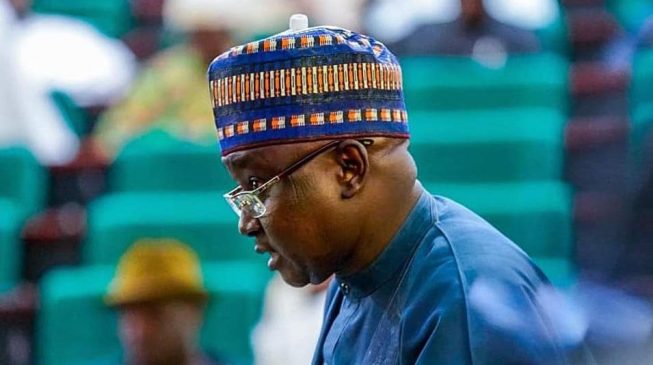 16:25 2019
Print This Article Share it With Friends
👤by Chinedu Asadu  0 Comments
Advertisement

The court of appeal sitting in Kaduna has nullified the election of Alhassan Doguwa, the house of representatives majority leader from Kano state.

At its sitting on Monday, the court ruled that the election that produced Doguwa, a member of the All Progressives Congress (APC), was marred by irregularities.

It ordered that a fresh poll be conducted in the Tudunwada/Doguwa federal constituency,

Yusha’u Salisu, candidate of the Peoples Democratic Party (PDP) in the election, had gone to the election petition tribunal to challenge Doguwa’s victory on the grounds of alleged irregularities.

The tribunal, however, dismissed his petition after ruling that he failed to prove the allegations against the APC lawmaker’s election.

But in an unanimous judgement, the court of appeal set aside the tribunal’s judgement and held that there were indeed irregularities in the poll.

It also held that the Independent National Electoral Commission (INEC) erred to have omitted other parties while declaring the final results of the election.

It subsequently ordered the commission to conduct a fresh poll in the constituency within 90 days.

Doguwa’s loss comes days after an appellate court also nullified the election of another top APC lawmaker in the lower legislative chamber.

The court sacked Jibrin Abdulmumin on the grounds that the final result contained in Form EC (8)E was mutilated.

TWITTER @thecableng
Copyright 2020 TheCable. All rights reserved. This material, and other digital content on this website, may not be reproduced, published, broadcast, rewritten or redistributed in whole or in part without prior express written permission from TheCable.
Tags
AlHassan DoguwaCourtkano
Advertisement