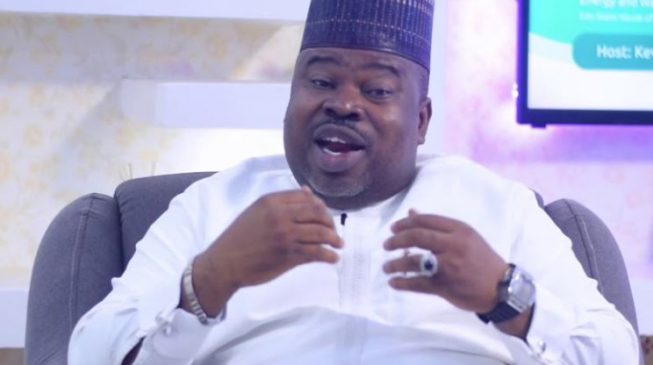 12:02 2019
Print This Article Share it With Friends
👤by Haleem Olatunji  0 Comments
Advertisement

Chris Okaeben, lawmaker-elect for Oredo west constituency in the Edo state house of assembly, has been suspended by the All Progressives Congress (APC) in Oredo local government area.

The suspension was announced on Friday at an enlarged meeting of APC members in the local government area.

The lawmaker is one of the members-elect that are insisting that the inauguration of the 7th Edo house of assembly was illegal.

Okaeben (pictured) was recently issued a 48-hour ultimatum to apologise to Godwin Obaseki, governor of the state, for the alleged misconduct but he refused as he claimed to had done nothing wrong.

The party adopted the recommendation of a five-man panel set up on July 1, to investigate the alleged misconduct.

Godwin Alabi, chairman of APC in Oredo LGA, while reading the report of the panel said that the lawmaker violated provisions of article 21 of the APC constitution which stipulates disciplinary actions for erring members.

He said Okaeben failed to honour several invitations extended to him to ascertain his grievances against the party.

TWITTER @thecableng
Copyright 2020 TheCable. All rights reserved. This material, and other digital content on this website, may not be reproduced, published, broadcast, rewritten or redistributed in whole or in part without prior express written permission from TheCable.
Tags
All Progressives CongressAPCEdo hous of assemblyEdo StateGodwin Obaseki
Advertisement