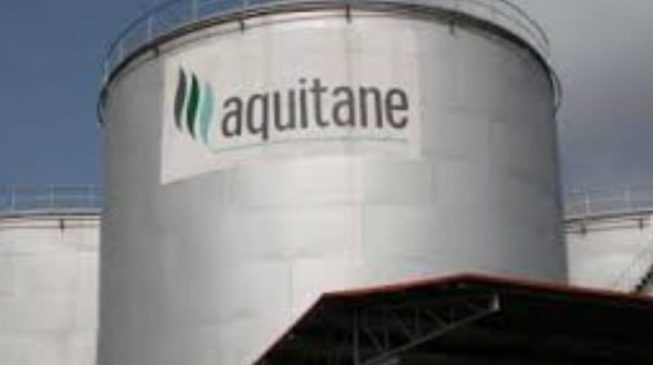 12:00 2018
Print This Article Share it With Friends
👤by Oluseyi Awojulugbe  0 Comments
Advertisement

Aquitane Oil and Gas Limited says it is not indebted to the Assets Management Corporation of Nigeria (AMCON).

In a letter sent to TheCable and signed by Ikechukwu Okolo, its managing director, the company said its name was erroneously included in the list of 105 delinquent debtors published by AMCON.

“We wish to draw to your attention to this publication and at the same time, correct the false reflection of the true position of Aquitane’s financial position with AMCON,” Aquitane’s letter to TheCable read.

“The foregoing statements purport to convey our Company as bankrupt and its management as incompetent and dishonest. As you have calculated, the consequence of the publication is injurious to our Company, its business reputation and standing, and to its ability to continue its lawful and profitable business.”

In July, Ahmed Kuru, AMCON’s executive director, had said the corporation would publish the names of debtors that have failed to reach a settlement or repayment resolution. 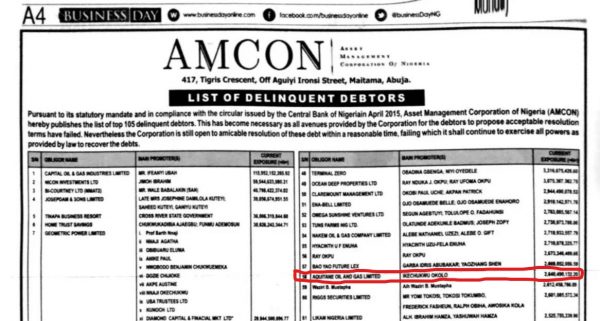 “If they feel that we published their name in error, they should write to us and not to the newspaper that reported what AMCON said,” Jude Nwauzor, AMCON’s spokesman told TheCable on Thursday.

“We know what reputation is and we know what it means to say someone who is not owing is. If the person takes us to court, we know the fine we can pay if the court convicts us for publishing a person’s name falsely.

“He wrote letters to newspaper houses too which he copied us. Our lawyer responded to him and since that day he has kept quiet. If Aquitane people feel that we have published their name falsely, they should write to us and we will give them an appropriate response with facts and figures.”

TWITTER @thecableng
Copyright 2019 TheCable. All rights reserved. This material, and other digital content on this website, may not be reproduced, published, broadcast, rewritten or redistributed in whole or in part without prior express written permission from TheCable.
Tags
Ahmed KuruAquitane Oil and Gas LimitedAssets Management Corporation of NigeriaIkechukwu OkoloJude Nwauzor
Advertisement