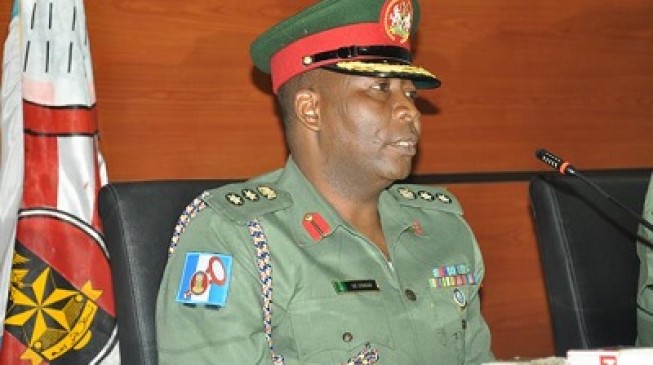 07:39 2017
Print This Article Share it With Friends
👤by News Agency  0 Comments
Advertisement

The Nigerian army says it is set to conduct ‘Exercise Crocodile Smile II’ in the south-south and south-west geopolitical zones of the country, beginning from Friday.

Sani Usman, army spokesperson, said in a statement on Tuesday that the exercise was aimed at training troops in aid of civil authorities in tackling security challenges in those areas.

Between November and December 2016, the army conducted Exercise Crocodile I in the Niger Delta to address crimes such as pipeline vandalism, kidnapping and illegal oil bunkering.

Usman said the second phase of the exercise was designed to consolidate on the gains recorded during the first phase and address similar challenges in the South-West.

“Security challenges in the south-west and Niger Delta geo-political regions such as illegal oil bunkering, pipeline vandalism, cultism, kidnapping, militancy and other challenges are becoming rampant,” he said.

“The need for troops to sharpen their skills to cope with these security challenges within the 2, 6 and 81 Divisions’ Area of Responsibilities calls for the conduct of Exercise Crocodile Smile II.

“This exercise, will therefore, be conducted with the involvement of other security agencies such as the Nigerian Police, Department of State Services, Nigerian Security and Civil Defence Corps, Nigeria Customs Service and National Drug Law Enforcement Agency, just to mention a few.”

Usman added that the exercise was also “conceptualised to leverage on real time intelligence to curtail insecurity”.

He said during the period, emphasis would be placed on raids, cordon and search operations, anti-kidnapping drills, road blocks, check points and other amphibious operations.

The army spokesman said community support activities such as medical outreaches would also feature prominently during the exercise.
He urged members of the public not to panic when they see the movement of military equipment and troops to staging areas as their safety and well-being was guaranteed.

“The public is also requested to remain vigilant, security conscious and report suspected criminals who will likely flee the military exercise areas to find safe haven among communities.

“Contact phone numbers of all Brigade Commanders in the exercise areas would be made public in addition to the Nigerian Army short code Information and call Centre 193,” he said.

TWITTER @thecableng
Copyright 2020 TheCable. All rights reserved. This material, and other digital content on this website, may not be reproduced, published, broadcast, rewritten or redistributed in whole or in part without prior express written permission from TheCable.
Tags
ArmyCrocodile Smile IISouth Southsouth west
Advertisement