Army: Shi’ites attacked soldiers, police before they were repelled 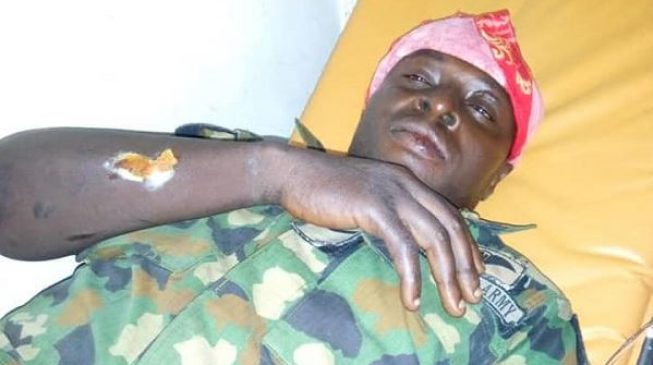 09:31 2018
Print This Article Share it With Friends
👤by Dyepkazah Shibayan  0 Comments
Advertisement

The Nigerian army says three members of the Islamic Movement in Nigeria (IMN) were killed after they attacked troops deployed to a checkpoint at Kugbo/Karu bridge in Abuja.

The army said four soldiers were wounded in the altercation which took place on Monday.

The IMN members were conducting the Arbaeen Trek when the fracas occurred.

The army, in a Facebook post, said the troops stationed at the checkpoint “repelled” the Shi’ites after they attacked them and police officers on duty.

“Troops of the Nigerian army deployed on routine duty at Kugbo/ Karu bridge checkpoint of the Federal Capital Territory (FCT) were attacked by the Islamic Movement in Nigeria (IMN) sect at about 3:00pm on 29th October 2018,” the statement read.

“The sect in massive numbers forced their way into the troops checkpoint after overrunning the police force. The police withdrew back to own troops position to join efforts to repel them.

“However, troops repelled the attack in conjunction with the Nigerian Police Force to stop the situation from further deteriorating.

“Unfortunately, during the encounter three members of the sect were killed while four soldiers sustained various degrees of injuries and are being treated at a military medical facility.”

The Nigerian army said it will “not deter in carrying out its constitutional roles and also safeguarding law-abiding citizens”.

TWITTER @thecableng
Copyright 2019 TheCable. All rights reserved. This material, and other digital content on this website, may not be reproduced, published, broadcast, rewritten or redistributed in whole or in part without prior express written permission from TheCable.
Tags
IMNNigerian ArmyShiitestroops
Advertisement