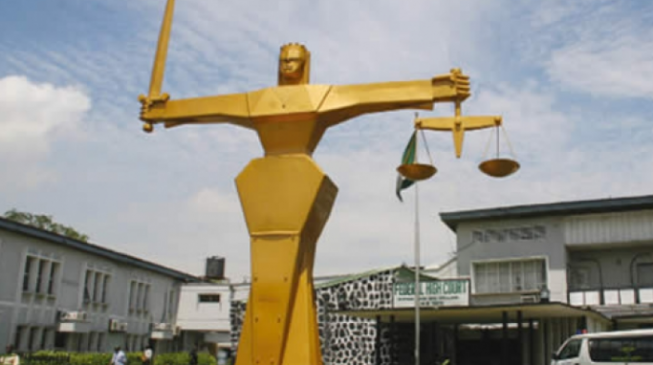 20:17 2019
Print This Article Share it With Friends
👤by Haleem Olatunji  0 Comments
Advertisement

The Lagos state police command has arrested 46 alleged homosexuals in a hotel at the Egbeda area of the state.

It is said that the suspects were arrested at about 2am while performing gay initiation rites for newly recruited members.

According to the police, the 46 defendants were among the 57 persons arrested while making a “public show of a same-sex amorous relationship with each other in hidden places within Kelly Hotel, Egbeda”.

They were arraigned at the federal high court in the state on Tuesday but Rilwan Aikawa, the judge, said the courtroom was too small for the arraignment of the 46 defendants.

He said he would have to adjourn the arraignment in order to get a bigger courtroom where the proceeding could take place.

“We cannot have 57 persons in this court. We have to look for a day we can use court 2, so it can be convenient for all,” he said.

The judge adjourned till November 22.

TWITTER @thecableng
Copyright 2020 TheCable. All rights reserved. This material, and other digital content on this website, may not be reproduced, published, broadcast, rewritten or redistributed in whole or in part without prior express written permission from TheCable.
Tags
federal hight courthomosecualityhomosexuallagosPolice
Advertisement