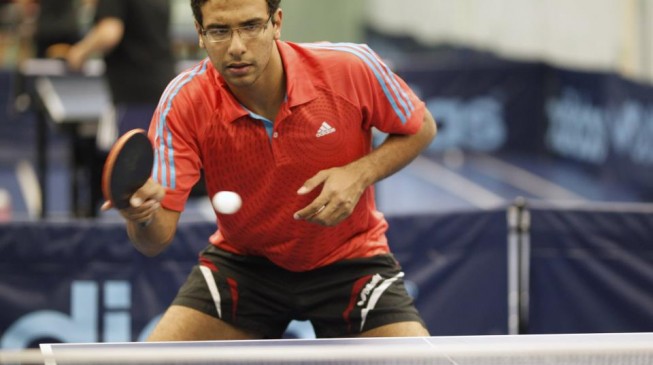 15:58 2015
Print This Article Share it With Friends
👤by Victor Akhidenor  0 Comments
Advertisement

The Egyptian defeated Aruna Quadri in the final to clinch his second title in Lagos. He has now amassed 125 points from the two World Tours he has attended this year to top Quadri, who also made the list of top 20 players in the singles standings.

In the list of eligible players for the end-of-the-year World Tour Finals, Assar is the highest listed African player. He’s in the same position, though, with Austria’s Robert Gardos.

With three World Tours under his belt this year, Quadri is 17th with 75 points level with Korea’s Cho Eonrae, Jeong Samgeun and Kim Minseok, as well as Poland’s Daniel Gorak and Hong Kong’s Tang Peng.

Lagos Open’s runners-up, Egypt’s Dina Meshref is now at no.31 on the  standings (50 points), a position she shares with the Chinese Taipei’s Chen Szu-Yu and Cheng I-Ching as well as with Turkey’s Hu Melek, Monaco’s Yang Xiaoxin and Singapore’s Yu Mengyu.

Quadri partnership with Kazeem Makanjuola made it to the top 10 of the men’s doubles in the standing following their triumph at the Lagos Open on Sunday.

They are listed at no.9 on the men’s doubles standings with 100 points. Portugal’s Marcos Freitas and Croatia’s Andrej Gacina (550 points) top the standing.

TWITTER @thecableng
Copyright 2020 TheCable. All rights reserved. This material, and other digital content on this website, may not be reproduced, published, broadcast, rewritten or redistributed in whole or in part without prior express written permission from TheCable.
Tags
Aruna QuadriITTF World TourOmar Assar
Advertisement