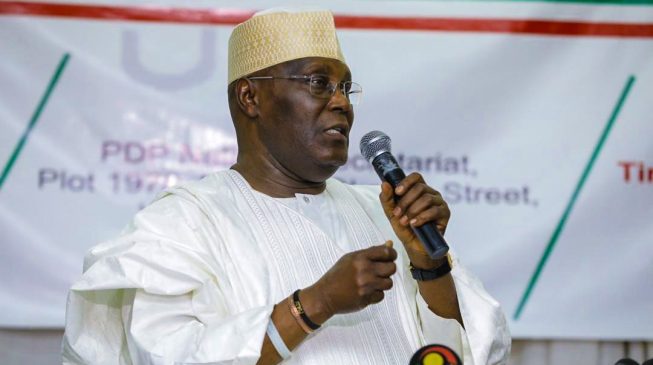 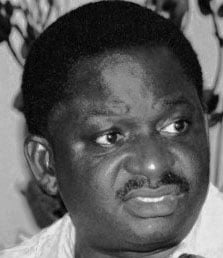 After the Supreme Court threw out the legal challenge by Atiku Abubakar of the People’s Democratic Party (PDP) on the February 2019 presidential poll last week, two things flashed across my mind. One was a song, the other, a quote from William Shakespeare’s Macbeth, which I’d read over 40 years ago.

The strife is o’er, the battle done,

The victory of life is won,

The song of triumph has begun,

And then Shakespeare, as Macbeth was confronted by Macduff at the battlefront, and the former realized he had been fooled by the witches who had predicted that no man born of woman could ever kill him, and that he could not be defeated in any battle “till Birnam Wood comes to Dunsinane.”

Macduff told Macbeth that he had been “untimely ripped” from his mother’s womb, and was not biologically delivered as babies are. The advancing soldiers also bore before them trees they had cut from Birnam Wood, which meant the forest had virtually relocated to Dunsinane. Macbeth, confronted with defeat, had declared:

“And be these juggling fiends no more believed,

That palter with us in a double sense,

That keep the word of promise to our ear,

And break it to our hope.”

Macbeth had been fooled, just as it happened to former Vice President, Atiku Abubakar, who had been hoodwinked into believing that he was President already, before the February 2019 election.

Who were those that paltered with Atiku in a double sense? Who were the people that lured him into a losing battle? Who were those who told him he was on a giant horse, not knowing that he was riding on a cockroach? Let’s do a checklist.

Olusegun Obasanjo and his foreign cohorts. The former president was the one that ruined Atiku Abubakar most, when they fought a bitter battle as they served together in government. Obasanjo wrote books, granted interviews, where he poured vitriol on his former deputy. He described him in words that won’t make you buy Atiku for ten kobo. In fact, he said God should punish him if he ever supported Atiku for president. And that lasted for about ten years.

Suddenly, with just months to the 2019 election, Obasanjo came singing another tune. He said he had forgiven Atiku, and started calling him “my President in waiting.” Were Nigerians fools? Can you approbate and reprobate at the same time? Can you strip a man naked in the marketplace, and cover him up in the bedroom? The damage would already be done. And so it was with Atiku.

Yes, Obasanjo has some clout, particularly internationally. He swung into action, trying to mobilize the international community behind his candidate. Some people followed him, and Atiku thought the deed was done. But they didn’t reckon with the hurricane called Muhammadu Buhari. The cyclone force was too strong, and it simply cleared everything in its path. It was a bitter lesson that the challenger learnt too late.

Obasanjo had always decided who should, and shouldn’t be President, right from the first time he left power as a military ruler in 1979. He was instrumental in some ways to the emergence of Shehu Shagari, Umaru Yar’Adua, and Goodluck Jonathan, as presidents. He also contributed to pulling them down later with his mouth. By this year, Nigerians were simply tired of the overbearing attitude of the Otta chicken farmer. They thus refused to buy the candidate he had earlier rendered toxic, and was selling to them in borrowed robes.

Who fooled Atiku again? The Atikulators. And who are they? People who flocked after the candidate for many reasons, none of them altruistic. They were those who didn’t like Buhari, either because of ethnicity, language, religion, or the man’s aversion for corruption. They wanted business as usual, and it should be anybody but Buhari. So, they followed Atiku, not because they loved him, but they would have also followed a goat, if they had been told that the animal could get Buhari out of power. They put their money on the wrong horse, gambled, and lost.

Before the election, you saw and heard the Atikulators everywhere, boasting of how they were going to wrest power in the country. They were all over the place. In offices, marketplaces, churches, mosques, schools, television, radio, newspapers, almost in all traffic lanes of life. And they fooled their principal. He backed them up with piles and tons of cash, in major currencies of the world. To quote President Buhari, “they spent so much dollars, that the currency became devalued.” For Atiku, anything that money cannot do is not doable. Money answereth all things. He threw in more and more. But for the Buharists, it is not about money, not even a bottle of soft drink or water. It is about conviction. It is about integrity and accountability. It is about building a new country, devoid of greed and rapacity. So we followed the Mai Gaskiya (honest man) all the way. Nothing could be articulated against him. Not possible.

Again, the marabouts, prophets, some pastors and preachers. Yes, let me group them together, including the witches and wizards. They formed a confederacy, and said Atiku would win. Who is it that says anything when the Lord has not spoken? The marabouts collected money handsomely, and pronounced Atiku king. They did not tell him he would be king on an empty throne. The preachers, across the major religions, because of personal hatred, and possibly inducement, gave evil and false messages. They began to proclaim that Atiku was the messiah, when God had not said so. And the PDP candidate believed them. He felt there was no way he could ever lose the election. But he didn’t know that lying tongues were in action. The preachers had become inhabited by lying spirits, modern day Zedekiahs , who prophesied falsehood (1 Kings 22:11). They led Atiku to political perdition.

The social media. Populated by people with exaggerated sense of worth, they think they can do and undo. I call them the vocal minority. If you followed only the social media before the elections, you would think the All Progressives Congress (APC) government at the centre was gone. They filled the landscape with so much wailing, till they became wailing wailers. We will do this, we will do that. Mere shooting of breeze. Superfluity of nothingness. Arrogant impertinence. The Buhari people simply kept their peace, while online warriors, most of who had no permanent voters cards (PVCs) continued to fire blanks.

A very credible and scientific study had showed before the polls that social media would account for only between nine and 11 percent of the ballots. And not all of the votes would go to PDP. The two major parties would share it. But from the noise online, you thought Atiku had coasted home. He, too, must have believed the lie. He paid dearly for it with a broken heart.

The coalition that thought they owned the country. They also fooled Atiku. They include politicians, businessmen, high net-worth people. They had never failed in anything before. If they showed you a red card, you were out of the game. God’s judgment, no appeal. Such people massed behind Atiku. Those who had corruption cases before the courts, those who had lost power and were forlorn and disconsolate, those who had always profiteered from the system and who felt that Buhari had closed the sluice gate, they all came together. Buoyed by Atiku’s promise that he would empower his friends when he got power, they were already licking their lips. Soon, our snouts would be in the honeypot again, they told themselves. But those who felt they were Nigeria’s landlords had long been given quit notices by Buhari, and ejected. Atiku thought they were still somebody, and learned the hard way. What a pity!

Wrong permutations. That was also Atiku’s downfall. It is an inexorable truth that it is only the person/party that builds the bigger coalition wins the Presidency in Nigeria (and almost everywhere else). But before the election, Atikulators had come with this jejune permutation. They would sweep the Southeast, the South-south, the North Central, share Northeast and Northwest, as well as Southwest. And Atiku would coast home. True? Well, dreams don’t cost anything. The dream eventually became nightmare.

Wrong strategy. It is on good authority that the winning strategy of the PDP had been based on data hack. That was why they fought tooth and nail for electronic voting, because they were allegedly in league with international forces that was adept at manipulation of election results. The plan was to intercept results as they were transmitted electronically, and record them for PDP. But it is said that if the abiku has learnt to die in dry season, the mother too would learn to bury in rainy season. The rest is history.

Many other forces fooled Atiku that space would not permit one to mention. People who promised access to the electoral commission’s server, when none existed in the true sense of the word. Some elements in the judiciary, who had made false promises. And the lawyers. Yes, we can’t but talk briefly about them.

Lawyers are professionals. They must ply their art, and make profit from it. They are learned people, while the rest of us are only educated. However, morality is everything. Why egg on your client, when you know he has the most useless case in the world? Nigerians knew Atiku lost the election. Lawyers too knew it. But man must chop. They encouraged the PDP candidate to go to court, despite knowing that the prayers were weak and improbable. Senior Advocate of Nigeria, Festus Keyamo, said the suit was the worst he had ever seen in Nigeria’s history of election petitions. But the lawyers convinced Atiku otherwise. He lost at the Court of Appeal level, but there was probably more money to be made. So they encouraged a trip to the Supreme Court. Another ill-fated journey.

Sadly, after the Supreme Court threw out the case, Atiku was not gracious enough to throw up his hands in surrender. He called the judiciary all sorts of names. An opportunity missed to prove that he is not a sore loser and power monger. Where would he go next, World Court? Or as somebody has jocularly said, he may just decide to go to the lawn tennis court.

Adesina is special adviser to Buhari on media and publicity