Those who attacked worshippers will be punished, says Kwara gov 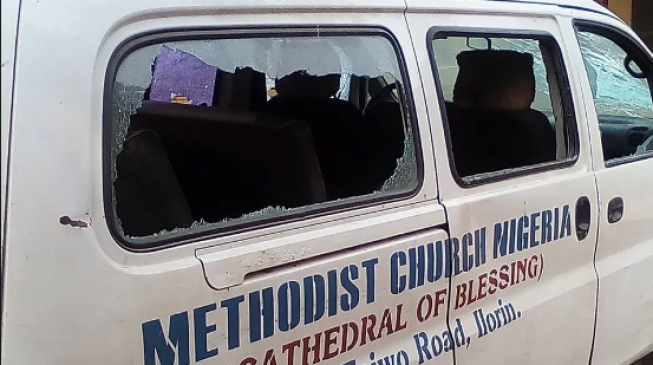 16:55 2018
Print This Article Share it With Friends
👤by TheCable  0 Comments
Advertisement

Abdulfatah Ahmed, governor of Kwara state, has vowed to deploy the law and public fund to achieve peace, unity and progress in the state.

The governor made this commitment in Ilorin during separate meetings with the leadership of the Christain Association of Nigeria (CAN) in the state and the Quareeb Association.

He met them over attacks on some places of worship during the cross-over into the new year.

“I stand before God and man to effectively deploy the instrumentalities of the law and public fund to achieve peace, unity and progress in the state,” he said.

“Anyone who participated directly or indirectly in public disorder shall be brought to book.”

Ahmed urged religious bodies not to allow miscreants who for economic reasons promote disaffection among religious adherents in the state.

“This state is a state of harmony. And we must all collectively work to sustain our cherished peaceful environment,” he said.

“Don’t play into the hands of mischief makers by labelling the activities of miscreants on new year eve as a religious issue. The benefit of unity is too high to allow it slip our hands.”

The governor assured the religious bodies he will ensure justice by bringing perpetrators to book and averting future occurrence through proactive measures.

Responding, Tunde Opoola, chairman, CAN, urged the governor to ensure that justice is truly done as a way of renewing confidence in the state government.

Gambari Usman, a leader of the Taiwo Isale community, said he was alerted by a Muslim woman whose daughter was allegedly raped in her presence.

Gambari commended the Christian community in the area for coming to the rescue of the lady.

On his part, Oniye Abdulrasak, chairman Alfathiu Quarib, said the association has had harmonious relationship with the Christian community and dissociated the organisation from any attack on churches

TWITTER @thecableng
Copyright 2019 TheCable. All rights reserved. This material, and other digital content on this website, may not be reproduced, published, broadcast, rewritten or redistributed in whole or in part without prior express written permission from TheCable.
Tags
Abdulfatah AhmedCANkwara
Advertisement