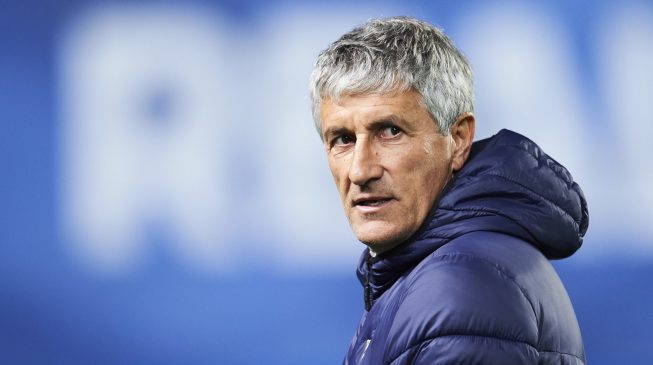 07:34 2020
Print This Article Share it With Friends
👤by Jonathan Ledger  0 Comments
Advertisement

Barcelona have brought an end to the unspectacular reign of their Spanish coach Ernesto Valverde, sacking the former Athletic Bilbao manager due to a series of poor and unconvincing displays.

The defeat, which was reminiscent of similar collapses at Roma and Liverpool under Valverde, drew the ire of the board and led to his contract termination, which was announced in a press statement at midnight.

“FC Barcelona and Ernesto Valverde have reached an agreement to terminate the contract that united both parties,” the statement read.

Valverde managed 163 games (108 wins, 20 losses) in two and half years at Barca, winning the league title twice but his team capitulated spectacularly in the Champions League twice and also lost the King’s Cup to Valencia in the summer.

…Sentien to take over immediately
The Barcelona board also moved quickly to fill the vacant spot with the appointment of Quique Sentien as the new Barcelona manager.

The former Real Betis coach, whose appointment was announced after Valverde’s sack, signed a two and half year deal.

“Barcelona and Quique Setién have reached an agreement for the latter to become first team coach until 30 June 2022,” the statement read on the club website.

The 61-year-old coach will be presented to the public on Tuesday afternoon.

Sentien led Real Betis to its highest ever league position — sixth in 2018 — but left the club last summer due the Sevilla-based club’s poor season — where they finished 10th, despite huge investment in the transfer market.

During the campaign however, he became the first coach in 16 years to record wins at both the Camp Nou and Santiago Bernabeu in the same league season.

TWITTER @thecableng
Copyright 2020 TheCable. All rights reserved. This material, and other digital content on this website, may not be reproduced, published, broadcast, rewritten or redistributed in whole or in part without prior express written permission from TheCable.
Tags
BarcelonaErnesto ValverdeQuique Sentien
Advertisement

IBB: Only a stupid soldier will think of coup