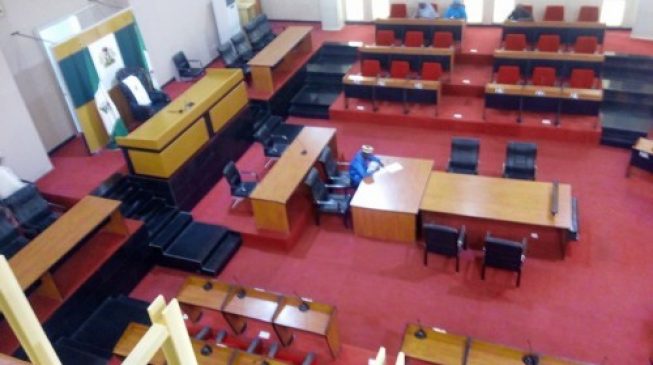 12:28 2019
Print This Article Share it With Friends
👤by Taiwo Adebulu  1 Comment
Advertisement

The Bauchi state house of assembly has passed a bill to repeal the the law on the recovery of looted public funds and properties.

The bill was passed on the floor of the house on Wednesday with 13 members out of 31 in attendance.

Kawuwa Damina, speaker of the assembly, presided over the plenary where three bills passed through first, second and third readings without objection.

This is coming less than two weeks to the end of the tenure of Mohammed Abubakar, governor of the state, who was defeated during the March governorship election.

In 2017, the governor signed into law the bill establishing Public Property and Funds Recovery Tribunal 2017 aimed at assisting the government recover all stolen public assets and funds.

The governor had said the tribunal has the mandate to recover state assets, including properties and monies stolen by past government officials, civil servants, companies, individuals and also prosecute looters.

TWITTER @thecableng
Copyright 2020 TheCable. All rights reserved. This material, and other digital content on this website, may not be reproduced, published, broadcast, rewritten or redistributed in whole or in part without prior express written permission from TheCable.
Tags
BauchiHouse of AssemblyKawuwa DaminaMohammed Abubakar
Advertisement