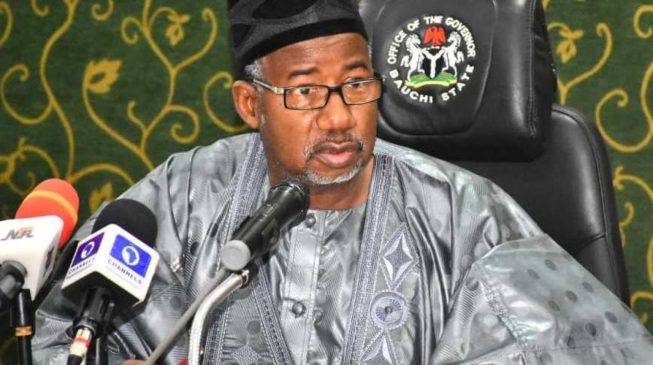 20:15 2020
Print This Article Share it With Friends
👤by Femi Owolabi  1 Comment
Advertisement

Bala Mohammed, governor of Bauchi state, says his detractors are planning to use the supreme court to pull him down.

Commenting on the challenge against his victory in last year’s election, Mohammed said even though he is currently a London hospital, he believes God will grant him victory.

Mohammed Abubakar of the All Progressives Congress (APC) had challenged the victory of the governor at the tribunal but lost. He also did not get a favourable ruling at the appeal court and headed to the apex court.

The supreme court was meant to rule on the case on Monday but adjourned till Tuesday.

In a statement which Mukhtar Gidado, his spokesman, issued on his behalf, Mohammed said this period made him to know who his real supporters are.

“I really appreciate the passion, support and concern shown at this critical and crucial point. This certainly is a moment that God has shown us our real supporters. It is also the time when our detractors, within and outside our fold are exposed,” he said.

“I appreciate our outstanding partners of progress and paradigm shift in Bauchi state. I wish to reaffirm my commitment to the lofty ideals of our New Bauchi Movement and pledge to lead with justice, equity and humility.

“We will however soon take drastic action to get rid of saboteurs and ungrateful people within our midst, while at the same time recognising and rewarding those who contributed positively to our Movement and show loyalty to us and our Bauchi Project. Many unexpected opponents and opposition have emerged to pull us down through the Supreme Court.

“Insha Allah they will fail. I am in hospital in London but we strongly believe that Allah is sufficient for us and He is able and capable to give us victory! Cheers, success shall be ours Insha Allah! Cheers and you all.”

TWITTER @thecableng
Copyright 2020 TheCable. All rights reserved. This material, and other digital content on this website, may not be reproduced, published, broadcast, rewritten or redistributed in whole or in part without prior express written permission from TheCable.
Tags
bala mohammedBauchi governorship election
Advertisement