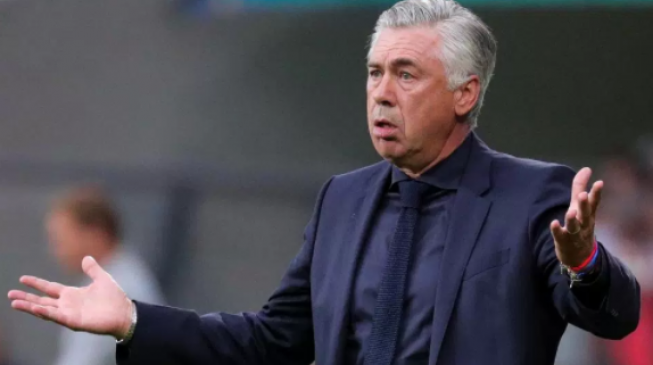 18:04 2017
Print This Article Share it With Friends
👤by Remi Sulola  0 Comments
Advertisement

Bayern Munich have sacked Carlo Ancelotti, following a 3-0 defeat by Paris Saint Germain in the Champions League on Wednesday.

The five-time European champions went down 3-0 to Paris Saint-Germain at the Parc des Princes, a result which was enough for CEO Karl-Heinz Rummenigge to promise “consequences”.

The Bavarians are three points off the pace in the Bundesliga – they drew 2-2 at home to Wolfsburg last Friday – after leading 2-0 and are now on the hunt for a new boss.

“Following an internal analysis in Munich on Thursday 28 September 2017, FC Bayern München have announced the club is to part company with head coach Carlo Ancelotti with immediate effect,” a statement on Bayern’s website read.

“Assistant coach Willy Sagnol will take charge of the team on an interim basis.”

Ancelotti had been in charge at the Allianz Arena for nearly 15 months after taking over as Pep Guardiola’s successor in July 2016.

The former Chelsea and AC Milan boss who has a contract till June 2019, has also been linked with a return to his former club Milan.

The Italian was already under increasing pressure with the Bavarian giants only third in the Bundesliga after a sluggish start.

TWITTER @thecableng
Copyright 2020 TheCable. All rights reserved. This material, and other digital content on this website, may not be reproduced, published, broadcast, rewritten or redistributed in whole or in part without prior express written permission from TheCable.
Tags
Bayern MunichCarlo AncellottiKarl RumminegiePSG
Advertisement

Magu: I don’t know why UK is protecting Diezani