Benue herdsmen: 53 of our cows killed in reprisal attack 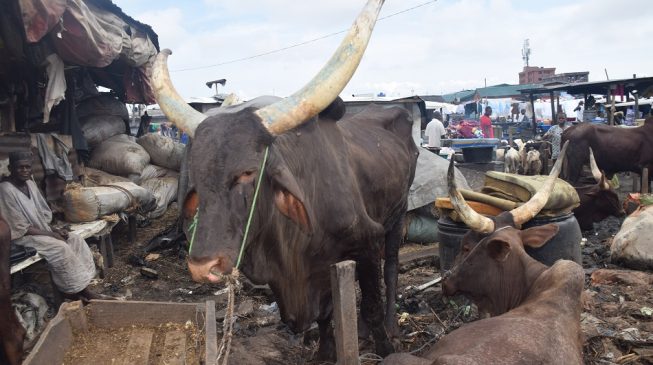 22:17 2018
Print This Article Share it With Friends
👤by Oluwatoyin Bayagbon  0 Comments
Advertisement

According to Daily Trust, Chiroma said the attack may have been a retaliation following the killing of five cattle breeders “a few days ago”.

The chairman said he was unaware that two of the five cattle breeders killed were from Agatu as confirmed by Fatai Owoseni, state commissioner of police.

Chiroma said close attention should be placed on the situation as it could easily spiral out of control.

But Sule Audu, member representing the Agatu constituency at the Benue state house of assembly, denied any attack on cattle breeders in the area.

Audu said though cows had been destroying farmlands in Agatu, the people had not taken laws into their hands but reported the incident to the police.

Owoseni said a statement which will lay bare the facts on what really happened in the Agatu community would be released in due course.

TWITTER @thecableng
Copyright 2020 TheCable. All rights reserved. This material, and other digital content on this website, may not be reproduced, published, broadcast, rewritten or redistributed in whole or in part without prior express written permission from TheCable.
Tags
Benue Statecattle breedersMyetti Allah
Advertisement