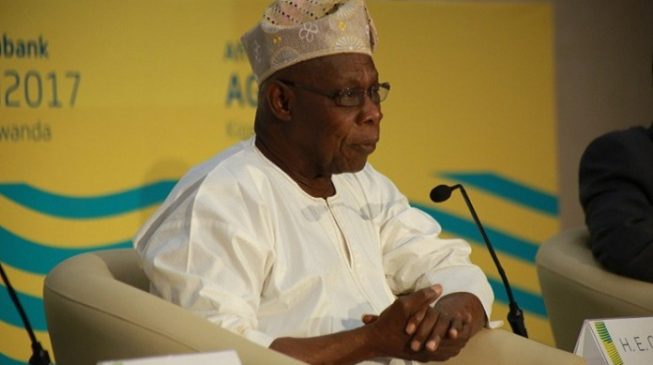 13:59 2019
Print This Article Share it With Friends
👤by Jamilah Nasir  1 Comment
Advertisement

Ex-President Olusegun Obasanjo wrote an open letter to President Muhammadu Buhari on Monday. This is the third letter the elder statesman would address to Buhari since the president got into office in 2015. In the last letter he issued in January 2018, Obasanjo had asked Buhari not to run, listing what he considered as the weaknesses of the president.

In the letter dated July 15, Obasanjo said Boko Haram insurgency, herders-farmers crisis, banditry and kidnapping are pushing Nigeria to a tipping point. He said many stakeholders have spoken out and proferred solutions yet the problems are still on.

The former president advised Buhari to not only pray but take decisive action. Below are some of the highlights of the letter:

A MATTER OF LIFE AND DEATH

Obasanjo said going by the issues confronting the country, Nigeria may have arrived the “elastic limit of peace”.

“But the issue I am addressing here is very serious; it is the issue of life and death for all of us and for our dear country, Nigeria. This issue can no longer be ignored, treated with nonchalance, swept under the carpet or treated with cuddling glove. The issue is hitting at the foundation of our existence as Nigerians and fast eroding the root of our Nigerian community,” he said.

BOKO HARAM NOT YET DEFEATED 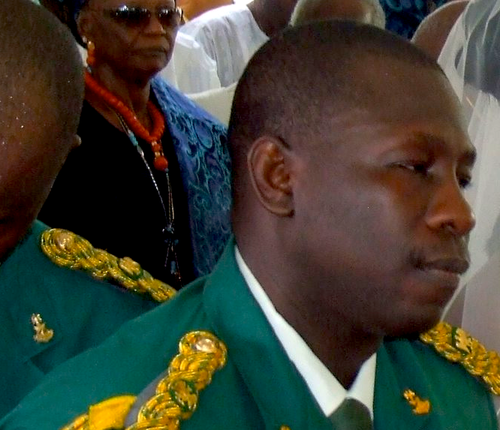 On the Boko Haram insurgency, Obasanjo said the recorded attacks “put lie” to the claim by the federal government that it had defeated the insurgents. He explained that the use of force is not enough to end the crisis.

In an attempt to drive home his point, Obasanjo made reference to how Adeboye, his son, was shot by Boko Haram insurgents. The sect members had opened fire on Adeboye, Obasanjo’s son who was a colonel, at Mubi in Adamawa state.

“The issue is hitting at the foundation of our existence as Nigerians and fast eroding the root of our Nigerian community. I am very much worried and afraid that we are on the precipice and dangerously reaching a tipping point where it may no longer be possible to hold danger at bay. Without being immodest, as a Nigerian who still bears the scar of the Nigerian civil war on my body and with a son who bears the scar of fighting Boko Haram on his body, you can understand, I hope, why I am so concerned,” he said. 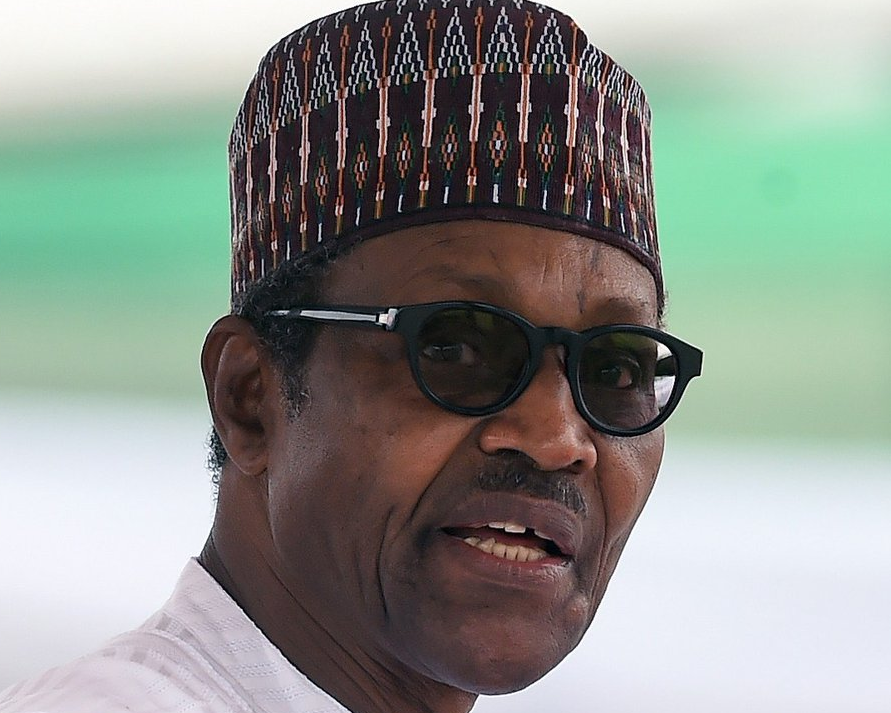 Obasanjo said if drastic measures are not taken soon, Nigeria may be confronted with the “Rwanda-type genocide that we did not believe could happen and yet it happened”.

“It happened to Yugoslavia not too long ago. If we do not act now, one or all of these scenarios may happen. We must pray and take effective actions at the same time. The initiative is in the hands of the President of the nation, but he cannot do it alone.

“The issue is hitting at the foundation of our existence as Nigerians and fast eroding the root of our Nigerian community. I am very much worried and afraid that we are on the precipice and dangerously reaching a tipping point where it may no longer be possible to hold danger at bay.”

US, UK HAVE WADED IN 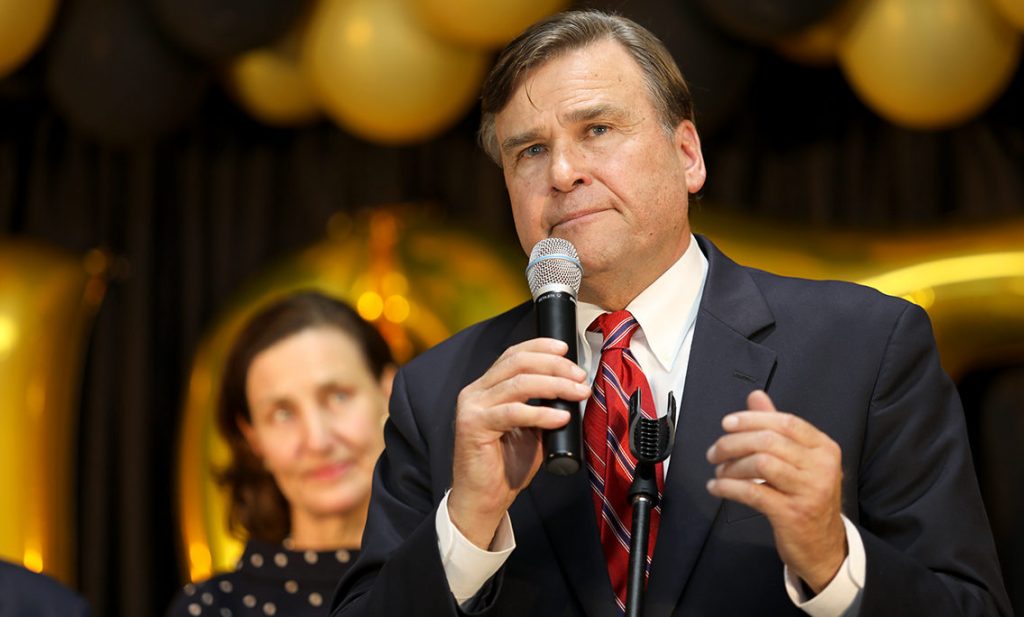 Stuart Symington, US ambassador to Nigeria

He explained that the United States and the United Kingdom have already called on Nigeria to “put our house in order”.

“As a result, very onerous cloud is gathering. And rain of destruction, violence, disaster and disunity can only be the outcome. Nothing should be taken for granted, the clock is ticking with the cacophony of dissatisfaction and disaffection everywhere in and outside the country. The presidency and the congress in the US have signalled to us to put our house in order. The House of Lords in the UK had debated the Nigerian security situation. We must understand and appreciate the significance, implication and likely consequences of such concerns and deliberations.”

“The initiative is in the hands of the President of the nation, but he cannot do it alone,” he said.

“The President must be seen to be addressing this issue with utmost seriousness and with maximum dispatch and getting all hands on deck to help. If there is failure, the principal responsibility will be that of the President and no one else. Blame game among own forces must be avoided. It is debilitating and only helpful to our adversary. We cannot dither anymore. It is time to confront this threat headlong and in a manner that is holistic, inclusive and purposeful.”

DIALOGUE AS THE WAY OUT

Obasanjo suggested that dialogue remains the best approach to be adopted in tackling the issues. He listed the stakeholders to include traditional rulers, civil organisations, religious leaders among others.

He wrote: “A couple of weeks ago at a public lecture, I had said, among other things, that: In all these issues of mobilisation for national unity, stability, security, cooperation, development, growth and progress, there is no consensus. Like in the issue of security, government should open up discussion, debate and dialogue as part of consultation at different levels and the outcome of such deliberations should be collated to form inputs into a national conference to come up with the solution that will effectively deal with the issues and lead to rapid development, growth and progress which will give us a wholesome society and enhanced living standard and livelihood in an inclusive and shared society. It will be a national programme. We need unity of purpose and nationally accepted strategic roadmap that will not change with whims and caprices of any government. It must be owned by the citizens, people’s policy and strategy implemented by the government no matter its colour and leaning.”

‘IGNORE CRIES OF NIGERIANS AT THE EXPENSE OF UNITY’ 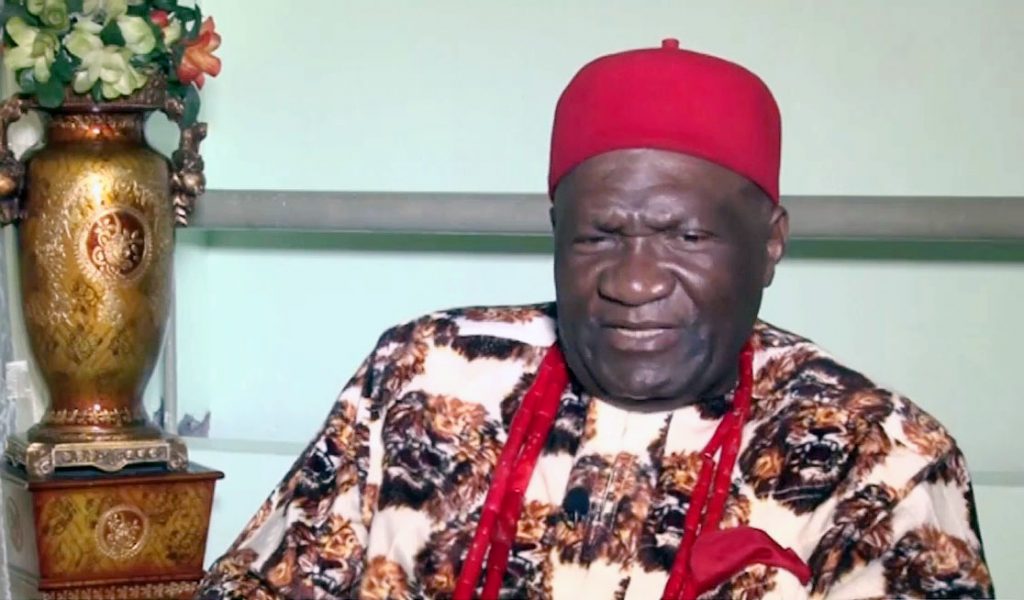 Nnia Nwodo, president-general of Ohanaeze Ndigbo, one of the groups which has made recommendations to the federal government on issues threatening the existence of the country

Obasanjo asked Buhari to listen to the ideas of the people on how to handle the situation. He said the main cause of the problem is the poor management or mismanagement of diversity which, “is one of our greatest and most important assets”.

“With the death of Funke, Chief Fasoranti’s daughter, some sympathetic Nigerian groups are saying “enough is enough”. Prof. Anya, a distinguished Nigerian merit Laureate, has this to say “We can no longer say with certainty that we have a nation”. Niger-Delta leaders, South-Eastern leaders, Middle-Belt leaders and Northern Elders Forum have not remained quiet. Different ordinary Nigerians at home and abroad are calling for different measures to address or ameliorate the situation. All the calls and cries can only continue to be ignored at the expense of Nigerian unity, if not its continued existence.”

TWITTER @thecableng
Copyright 2019 TheCable. All rights reserved. This material, and other digital content on this website, may not be reproduced, published, broadcast, rewritten or redistributed in whole or in part without prior express written permission from TheCable.
Tags
letterlife and deathObasanjo
Advertisement