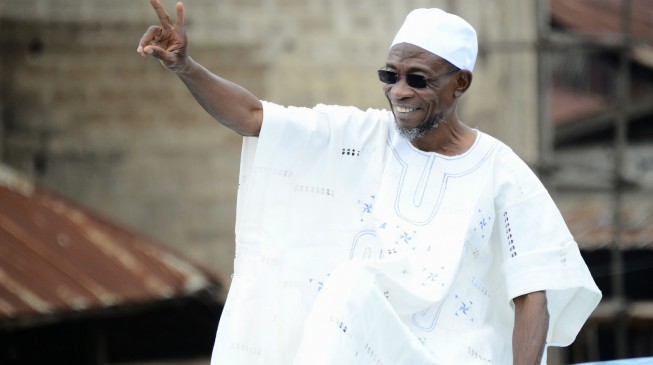 05:41 2014
Print This Article Share it With Friends
👤by Taiwo George  9 Comments
Advertisement
Prev1 of 5Next

Ogbeni Rauf Aregbesola of the All Progressives Congress (APC) was re-elected governor of Osun State on Saturday in a resounding victory, quenching any hopes of an upset by the Peoples Democratic Party (PDP) which fielded Dr. Iyiola Omisore. The victory is particularly important for the APC because this is the first time the new party would be winning a governorship election ─ having tried and failed in Anambra and Ekiti States. How did Aregbesola do it? TheCable lists five reasons. Readers are free to add their own thoughts…

Although many APC stalwarts refused to acknowledge it openly, the party went into the Ekiti election knowing defeat was a likely outcome. Some party chieftains were unhappy with Governor Kayode Fayemi whom they accused of alienating them ─ and they refused to work for him. Also, APC was fractured in Ekiti State as a result of internal conflict. The loss in Ekiti, even though not surprising to party chieftains, raised an alarm in the party as a dangerous signal to what could become of APC in 2015. The loss was originally thought to be Fayemi’s problem, but it soon dawned on the party’s strategists that it was not only humiliating, it was also capable of sending  a message to Nigerians that the “ACN content” of APC was no longer in charge of its traditional base in the south-west.

With several reasons adduced for Fayemi’s loss ─ including a fall-out with Ekiti teachers ─ Aregbesola benefited from this by quickly making amends in Osun. He got a soft loan from a sister state to clear two months salary arrears of workers. He also paid pension arrears. Aregbesola also started holding meetings with top civil servants to calm frayed nerves. He began to pay compensation to landlords whose houses were demolished to pave the way for an urban renewal programme. By moving quickly to address the grievances of the citizens, Aregbesola was able to re-connect with them in a matter of six weeks after the Ekiti humiliation of APC.

TWITTER @thecableng
Copyright 2020 TheCable. All rights reserved. This material, and other digital content on this website, may not be reproduced, published, broadcast, rewritten or redistributed in whole or in part without prior express written permission from TheCable.
Tags
osun pollrauf aregbesola
Advertisement