Bolaji Akinyemi on elections: Not even riotous 1965 polls made me this worried 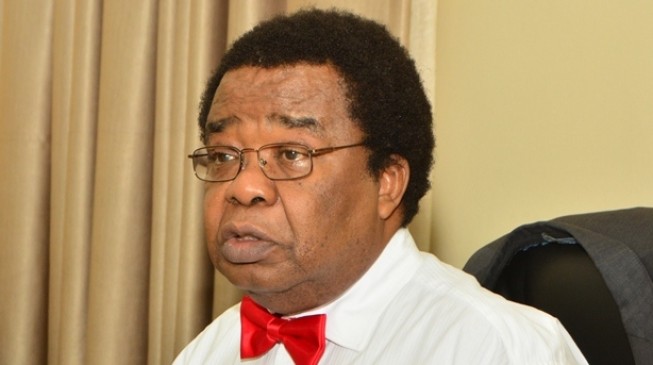 14:44 2019
Print This Article Share it With Friends
👤by Ebunoluwa Olafusi  0 Comments
Advertisement

Bolaji Akinyemi, former minister of external affairs, has expressed worries over the forthcoming elections, saying “not even the riotous 1965 elections filled me with so much dread”.

Nigeria held parliamentary elections in 1964 but owing to a boycott, the polls did not take place in the eastern and mid-western regions and Lagos.

The exercise was held in 1965 in those areas but the violence which broke out afterwards led to the reported loss of over 2000 lives in the western region alone.

In a statement on Sunday, Akinyemi appealed to political leaders and their supporters to shun violence, hate speeches and be committed to ensuring credible elections.

“Since I have been monitoring elections in Nigeria, I cannot remember any elections that filled me with so much dread and trepidation as these forthcoming elections. Not even the riotous 1965 Federal elections. And we all know what that led to,” he said.

“As a scholar in international relations, I cannot but bring to the attention of Nigerians the significance of the latest development in Venezuela where the international community under the United States has accorded recognition to the opposition leader as the alternative President as their reaction to what it perceives as a flawed election.

“Therefore I appeal to the political leaders to call on their supporters to eschew violence and any undemocratic behaviour during these elections. We should avoid hate speech not just know but in our political system.

“Political leaders should commit themselves publicly and loudly to free, fair and transparent elections.

“This is the time for our leaders to commit themselves and their supporters to accepting the result of the elections if the results reflect the true wishes and intentions of the voters.

“In case the elections are not free, fair and transparent, the loser should commit himself to using the tribunals and courts for redress, even though the judicial system is imperfect and under stress now.

“Above all, there should be no recourse to violence whatever the provocation.”

He also advised Nigerians to welcome foreign election observers as against the suspicion that they would interfere with the outcome of the elections.

“As someone who has led electoral observer teams to other countries for over a period of 40 years, I welcome and Nigeria should welcome the presence of the observer teams. They perform a useful role in elections all over the world,” he said.

“Finally, the United States, the European Union, the International Criminal Court, in other words, the international community have put us on notice as to their expectations. It is in our own good to listen to them.”

The international community has repeatedly tasked the federal government to ensure a process that would herald free, fair, transparent and peaceful elections.

TWITTER @thecableng
Copyright 2020 TheCable. All rights reserved. This material, and other digital content on this website, may not be reproduced, published, broadcast, rewritten or redistributed in whole or in part without prior express written permission from TheCable.
Tags
Bolaji Akinyemigeneral eelctionspoliticians
Advertisement