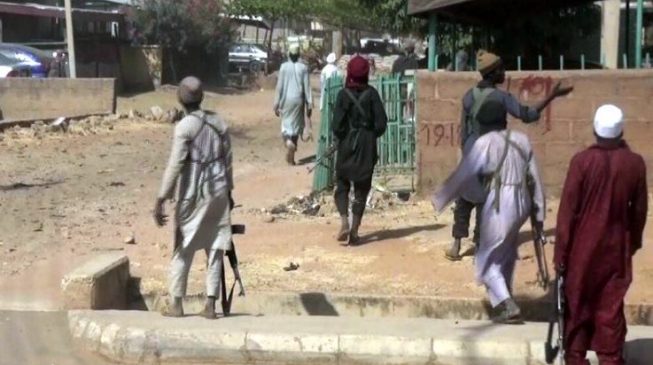 20:46 2019
Print This Article Share it With Friends
👤by TheCable  0 Comments
Advertisement

Suspected members of the Boko Haram sect attacked a community in Michika local government area of Adamawa state on Monday.

A source disclosed this to TheCable, saying the insurgents stormed the town at night. Residents fled into the bush and nearby mountains to avoid the wrath of the insurgents.

The sect members had first struck at Shuwa village in Madaglai local government area of the state around 6:45pm.

When contacted, Othman Abubakar, police public relation officer (PPRO) in the state, told TheCable that he was yet to get details of the attack.

Sani Usman, spokesman of the army, could not be reached for comments.

Buba Marwa, a former military administrator of Lagos state, is from Michika.

Marwa, who currently heads the presidential advisory committee on the elimination of drug abuse in the country, said if Buhari had failed in his duties, they would not have endorsed him.