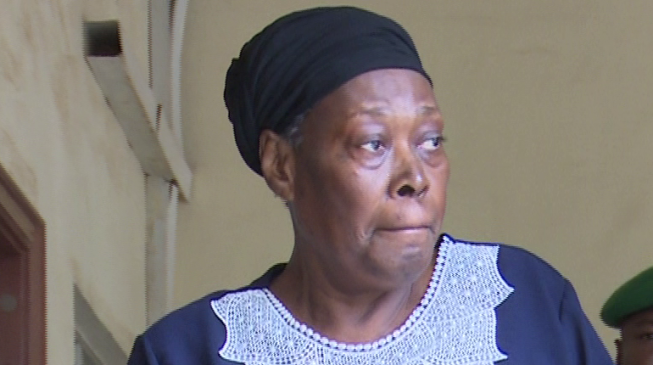 11:57 2019
Print This Article Share it With Friends
👤by Dyepkazah Shibayan  0 Comments
Advertisement

Grace Taiga, a former director in the ministry of petroleum resources, has been remanded in Suleja prison, Niger state, over the Process & Industrial Development Limited (P&ID) deal.

A high court in the federal capital territory (FCT) remanded Taiga in prison after she pleaded “not guilty” to an eight-count charge of fraud levelled against her by the Economic and Financial Crimes Commission.

She is accused of receiving $20,000 as kickback in ensuring that the deal — gas supply and processing agreement between Nigeria and P&ID — was successful.

After taking her plea to the charges at the court on Friday, Olukayode Adeniyi, the judge, remanded the ex-director in prison until September 25 when her bail application will be heard.

“That you, PROCESS AND INDUSTRIAL DEVELOPMENTS LlMiTED being a company incorporated in the British Virgin Island (convicted), MiCHAEL QUINN (deceased), BRENDAN CAHILL (at large), NEIL HITCHCOCK (deceased), and GRACE TAIGA on or about the 11th January, 2010 in Abuja within the jurisdiction of this Honourable Court with intent to defraud made a false statement in paragraph 8 (g) of the GAS SUPPLY AND PROCESSING AGREEMENT (“GSPA”) to wit: the parties are aware that the 24inch Adanga pipeline presently under construction from the Addax operated OML 123 directly to Calabar and due for completion in 2010 which part of the said agreement you knew to be false and you thereby committed an offence contrary to section 362 (a) of the Penal Code Law and punishable under section 364 of the same law,” one of the counts against her read.

The latest case is coming a day after a federal high court in Abuja convicted two representatives of P&ID.

The court also ordered the forfeiture of assets linked to P&ID to the government over tax evasion.

P&ID had won a $9.6 billion judgement against Nigerian in a British court. And Nigeria is seeking to have the verdict upturned.

TWITTER @thecableng
Copyright 2020 TheCable. All rights reserved. This material, and other digital content on this website, may not be reproduced, published, broadcast, rewritten or redistributed in whole or in part without prior express written permission from TheCable.
Tags
Grace TaigaP&ID
Advertisement