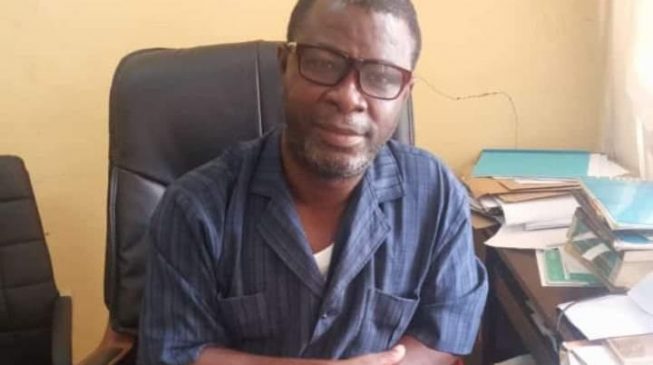 11:50 2019
Print This Article Share it With Friends
👤by Temitope Yakubu  0 Comments
Advertisement

Gideon Okedayo, the professor of mathematical science at the Ondo State University of Science and Technology who was kidnapped last week, is dead.

Temidayo Temola, chairman of Senior Staff Association of Nigerian University (SSANU) of the institution, confirmed the death of Okedayo to journalists on Tuesday.

He said the police informed the school authorities of the development on Monday night.

Temola said the incident had thrown the institution into mourning.

Okedayo was kidnapped along Auchi road in Edo state on Thursday. The police later found the vehicle that was conveying him before his abduction.

Sunday Omonigbo, driver of the deceased, had narrated how Okedayo was abducted. We were driving in his vehicle when the kidnappers stopped us and started shooting into the air. They ordered us out of the car and threatened to kill us if we refused to obey their instructions,” he had said.

“Immediately we came out of the vehicle, they moved closer to my boss and dragged him away in the same vehicle. In the process, they hit me with a cutlass and injured me in my right hand. It was a very terrifying experience because I thought that they would kill the two of us.”

TWITTER @thecableng
Copyright 2020 TheCable. All rights reserved. This material, and other digital content on this website, may not be reproduced, published, broadcast, rewritten or redistributed in whole or in part without prior express written permission from TheCable.
Tags
abductionGideon OkedayoOndoTemidayo Temola
Advertisement