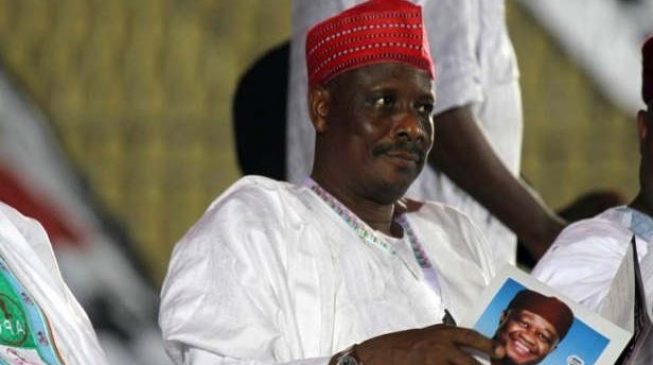 11:03 2018
Print This Article Share it With Friends
👤by Dyepkazah Shibayan  0 Comments
Advertisement

Melaye and Kwankwaso were among the 15 senators who announced their defection on Tuesday.

The notice of defection was contained in a letter read by Senate President Bukola Saraki on the floor of the upper legislative chamber.

The senators said they took their decision after “due consultation”.

“After due consultation, with our constituents and stakeholders in our constituency, in proper recognition section 16 (1G) of the 1999 constitution, and for the fact of our party, The All Progressives Congress, we hereby inform the senate that we the undersigned;

“We hereby inform that we are changing our political affiliation from APC TO PDP. We thank you for your exemplary leadership.”

The senators who defected to PDP

The cross-carpeting of the lawmakers comes in the wake of the police siege on the residences of Saraki and Ike Ekweremadu, deputy senate president.

Saraki has been summoned by the police over the robbery incident which led to the loss of 20 lives in Offa, Kwara state, while the Economic and Financial Crimes Commission (EFCC) has invited Ekweremadu over a money laundering case.

TWITTER @thecableng
Copyright 2020 TheCable. All rights reserved. This material, and other digital content on this website, may not be reproduced, published, broadcast, rewritten or redistributed in whole or in part without prior express written permission from TheCable.
Tags
Dino MelayeRabi’u Kwankwaso
Advertisement